We use our barbecue grill and our deck frequently. After once leaving the grill on all night, I wanted an easy way to check to make sure the grill is off before going to bed. This is especially important since our grill is tapped into our natural gas line and will stay on forever if we don’t shut if off. We also like to leave our deck door open when it’s nice out but it bugs me when I notice the door open and cool air is coming in, sometimes kicking on the furnace. 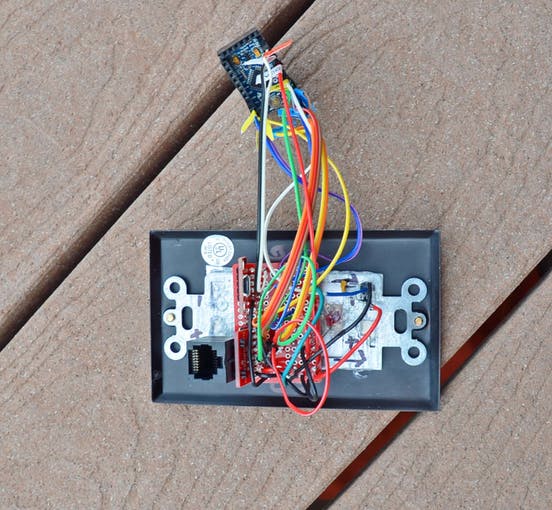 The goal of this project was to:

Since I’m new to both programming and electronics, this project took me quite a few hours to complete but it was a great challenge, it was fun, and I’m happy with the results.

There are quite a few wires inside the device, some of which are shown on the following photo. You end up with even more after you run the signal wires (2 temperature sensors, magnetic door switch, thermocouple, power) to the box.

Everything fit snugly inside a 1-gang switch box. I would rather use a 2-gang box for more room but we already had an unused 1-gang box mounted in the perfect location in the kitchen backsplash. 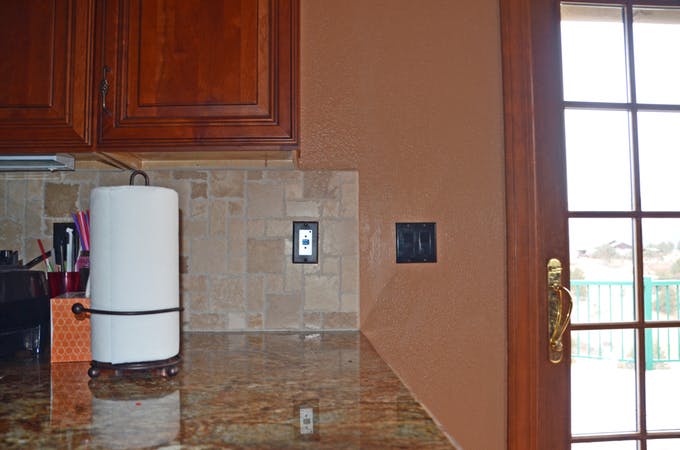 Normally, the OLED will display the indoor and outdoor ambient temperatures.