Before I even began to think about how my final chassis was going to look like I became obsessed with the idea of eliminating all of the useless space that plagued my previous designs. I wanted to reduced the car to its most essential components. So I began with what I knew I absolutely couldn’t live without 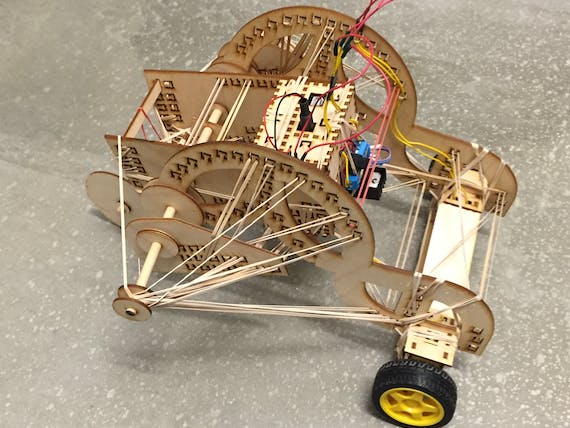 I spend many hours thinking about the many possible ways that I could arrange these components together trying to optimize for the least amount of empty space. Ultimately I opted for a vertical arrangement  and made a box to house all of the components with the h bridge connected from the outside, again to have as little empty space as possible.

I named this box “the heart”.

The idea behind “the heart” was that by having a clear understanding of the space I needed to house all of the electrical components of the car. I simultaneously gave myself the most amount of freedom to design the rest of the car.

Now the only constraint I had was that whatever I ended up settling on had to have a 8 x 6.5 cm carriage to house “the heart”, with the added benefit that I could take “the heart” on and off for testing, or that i could have multiple chassis iteration that use the same “heart”. 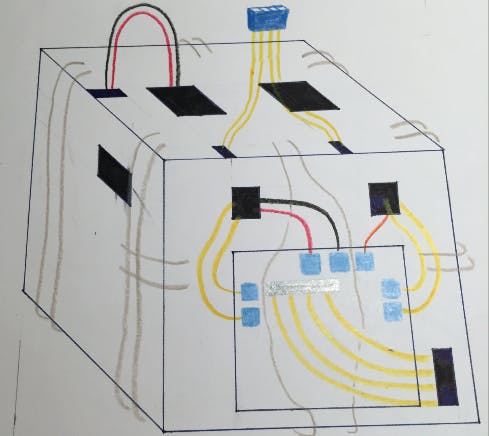 After making the heart and testing that it functioned properly I moved on to designing the main carriage that would hold the car. Again placing a great deal of emphasis on making something that didn’t have have anything extra.

what I came up with was basically two walls, a floor that only covered half of the space created by the walls and three columns to keep the two walls at equal distances from each other.

this can be best understood in the drawing underneath. 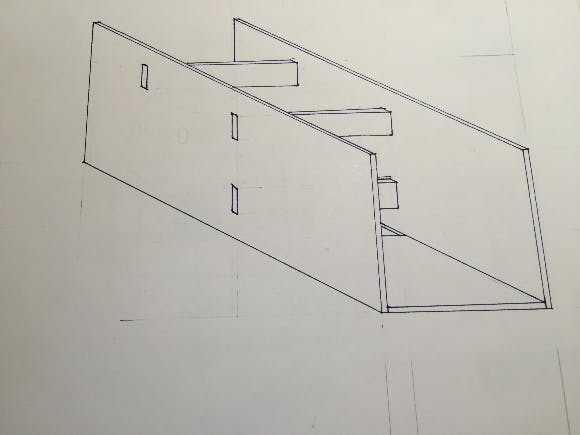 after creating the heart and the carriage next I begun working on the caster wheel which would be located in between the two walls of the carriage. though it’s design was rather straightforward getting the suspension to work properly required a great deal of rubber bands which in turn required many hours of testing what worked and what didn’t. 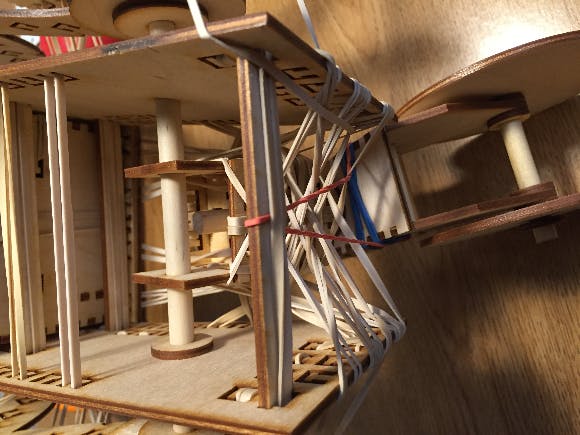 after making the caster wheel I set off to create the two arms that would carry the the two motors. again being obsessed with this idea of utilizing the least amount of material possible. I decided to make the arms out of  a single sheet of plywood. In addition to this I wanted to laser cut a bending pattern in one section of the arm and use rubber bands to shape the arm into a specific form.

I was very exited about this idea because I thought that bent wood and tension forces could work really well together.