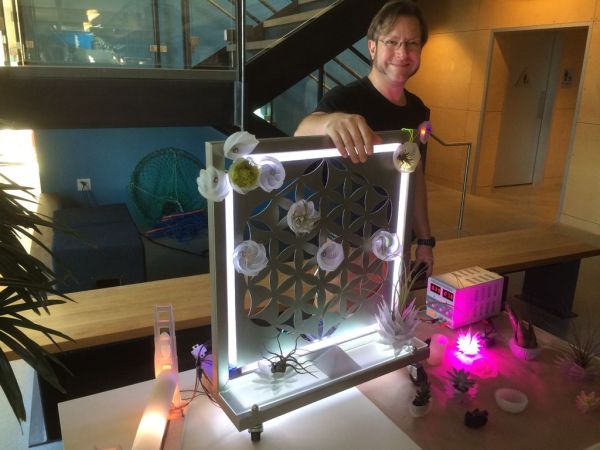 I wired these in series and powered them with the 12 Volt source on the Power Supply. The LumiGeek shield that powers these is the 3XCC – it provides constant current so the LEDs don’t fry (the LEDs decrease in resistance as the heat up so the board manages this in order to provide a constant current). 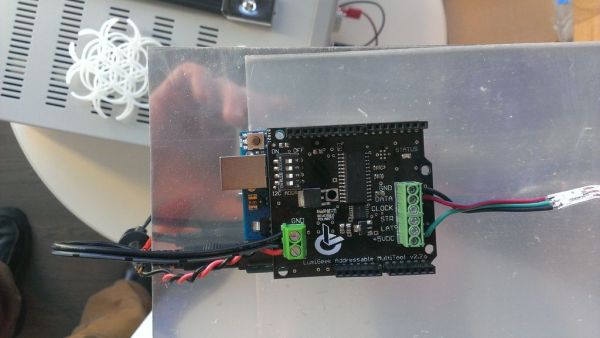 I used LumiGeek’s 1xAddressable shield to drive the Addressable RGB LED Strip; this shield can control a single addressable strip.

I used LumiGeek’s 4xRGB shield to drive the Non-Addressable RGB LED Strip; this shield can control up to four (4) different strips.

The shields provide some basic functionality that made is super easy for me to get the 1 Watt RGB LEDs to shine GGB International Orange, and fade between random colors on the non-addressable RGB LED strip. Making the addressable RGB LED strip bend to my will of emulating cars of various headlight hues and speeds was a bit more challenging and my friend John “Parts” Taylor of LumiGeek coached me through the process of shifting pixels and assigning constrained random colors (various shades of white/yellow) and making the fastest “car” morph into a red/blue “police car” ~1 every 7 times (constrained random). I have attached the INO file that is running the Arduino UNO and three (3) LumiGeek shields.