Stream video on your smartphone, or use its GPS for an hour or two, and you’ll probably see the battery drain significantly. As data rates climb and smartphones adopt more power-hungry features, battery life has become a concern. Now a technology developed by MIT spinout Eta Devices could help a phone’s battery last perhaps twice as long, and help to conserve energy in cell towers.

The primary culprit in smar 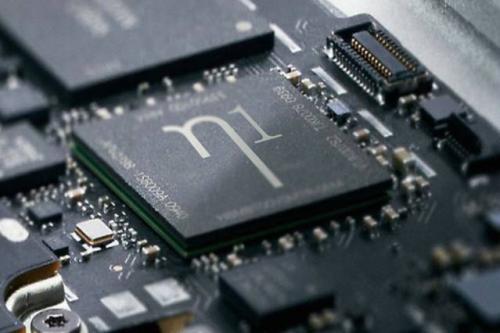 tphone battery drain is an inefficient power amplifier, a component that is designed to push the radio signal out through the phones’ antennas. Similar larger modules are found in wireless base stations, where they might use 10 or even 100 times the power.

Prepared to send sizeable chunks of data at any given time, the amplifiers stay at maximum voltage, eating away power—more than any other smartphone component, and about 75 percent of electricity consumption in base stations—and wasting more than half of that power as heat. This means smartphone batteries lose longevity, and base stations waste energy and lose money.

But Eta Devices has developed a chip (for smartphones) and a shoebox-size module (for base stations)—based on nearly a decade of MIT research—to essentially “switch gears” to adjust voltage supply to power amplifiers as needed, cutting the waste.

“You can look at our technology as a high-speed gearbox that, every few nanoseconds, modulates the amount of power that the power amplifier draws from the battery,” explains Joel Dawson, Eta Devices’ chief technology officer and a former associate professor of electrical engineering and computer science who co-invented the technology. “That turns out to be the key to keeping the efficiency very high.”

When trialed in a base station last year, Eta Devices’ module became the first transmitter for 4G LTE networks to achieve an average efficiency greater than 70 percent, Dawson says. “The highest number we’ve heard before that was 45 percent—and that’s probably being generous,” he says.

Backed by millions in funding, Eta Devices—co-founded by David Perreault, an MIT professor of electrical engineering, and former MIT Sloan fellow Mattias Astrom—has partnered with a large base-station manufacturer. The goal is to deploy the technology in live base stations by the end of 2015. The savings could be substantial, Dawson says, noting that a large carrier could save $100 million in annual electricity costs.

Eta Devices has also entered conversations with major manufacturers of LTE-enabled smartphones to incorporate their chips by the end of next year. Dawson says this could potentially double current smartphone battery life.

Besides battery life, Dawson adds, there are many ways the telecommunications industry can take advantage of improved efficiency. Eta Devices’ approach could lead to smaller handset batteries, for example, and even smaller handsets, since there would be less dissipating heat. The technology could also drive down operating costs for base stations in the developing world, where these stations rely on expensive diesel fuel for power.