The most important part is the construction of a functional sample of a Arduino Uno software-defined one transmitter. After agreement with the supervisor and current options, she was elected concept with SI4713 digital circuit… Electronics Projects, Arduino Uno FM AM Transmitter Circuit SI4713 “arduino projects, microcontroller projects, “ 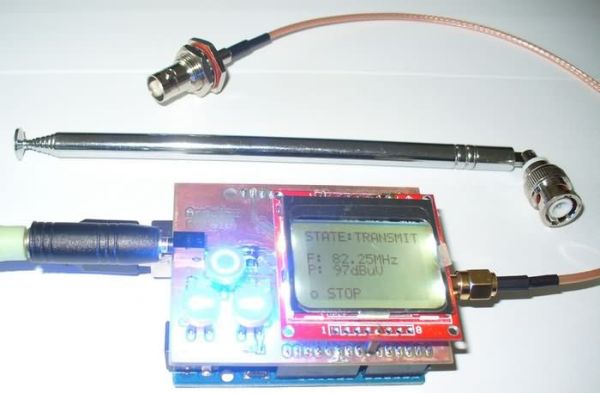 The most important part is the construction of a functional sample of a Arduino Uno software-defined one transmitter. After agreement with the supervisor and current options, she was elected concept with SI4713 digital circuit for FM band 76-108 MHz. first the point of practical implementation is a block design with the necessary description of the basic radio interface, communication interface, and so on. The complete wiring diagram follows created in the Eagle design together with the printed circuit board. The design is an important criterion for correctly designing impedance matching and tuning the antenna to achieve satisfactory results.

Practically it is a target device designed as a hardware module for the Arduino learning platform. The board also includes a display with display parameters, controls or a transmitting portion with a connector, a fitting member (filter). Finally, it is explained the principle of the control program. The result of the diploma thesis is a functional product – a software defined transmitter, which broadcasts the connected FM audio signal. The control program allows set a wide range of properties to achieve different parameters of the transmitted signal.

SI4713 The entire hardware part is conceived as a shield to the Arduino platform. This module is simply inserted into the development kit board and into its the control microcontroller will record the control program. The main circuit is a digital integrated circuit from Silicon Laboratories SI4713, which communicates with the system via the I2C bus. control and the display of information is secured using the buttons and the display. Output circuit is connected to the matching member and the output filter. Signal source for analog inputs it can be essentially any device. Arduino Uno

The Arduino Uno control program is written in the Arduino development environment and its purpose is to set it up parameters of the SI4713 based on the user manual. They serve it two means – commands and properties. Commands are actions large 1 B. Arguments specify the given command, for example, to set the frequency Enter the 0x30 TX_TUNE_FREQ command and enter the value using the argument frequency. Each command can have up to 7 arguments, the argument is large 1 B. If the argument is 16-bit, divide it into two 8-bit partitions and send it sequentially right behind you. Properties are special parameters that are set after the circuit is started using one command 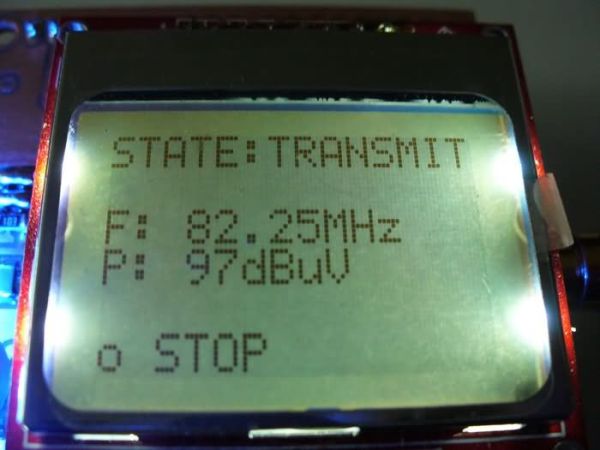 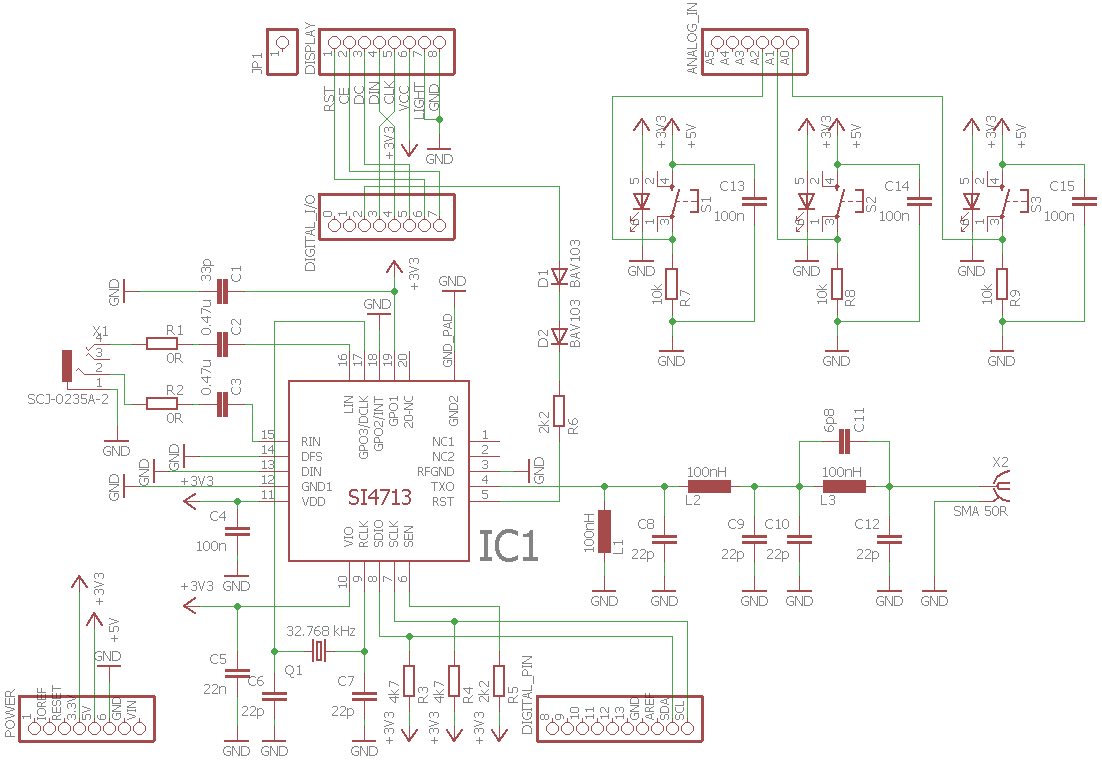 Need to organize your coins? Get some help with this project. Things used in this project Hardware components Arduino MKR1000...