Skip to content
Theremin is one of the most exiting musical instruments ever made, mainly because of its “quite odd” playing method. Infact, its working principle is based on near-filed coupling between the hands of the theremin player and two metal antennas, used to determine the pitch of a variable-frequency oscillator and to adjust the volume of the output signal, respectively. 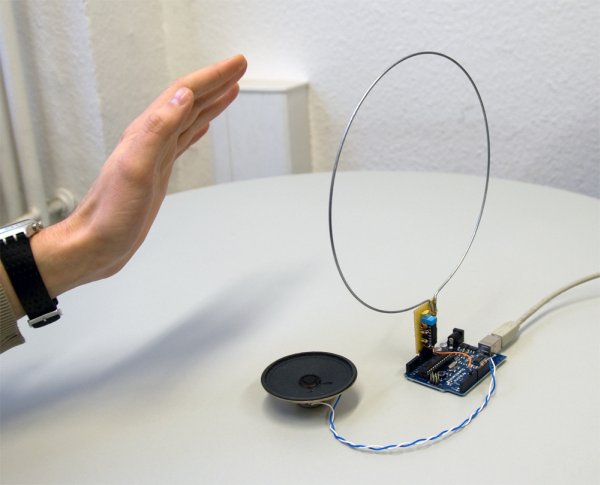 Several theremin implementation are possible, such as the “original” analog one (based on the mixing of two sine waves originated by a fixed-frequency oscillator and a variable-frequency one) and those based on digital techniques.
LabIII guys implemented a nice and simple Arduino theremin module, based on a TTL LC-type oscillator, usable not only to play electronic music, but also as a generic sensing-device, for example to control motors and/or to work with Processing, Max etc.
For more detail:  Arduino-based theremin