Skip to content
In this project I take an Arduino Mini Pro connect it to a custom made Etch A Sketch panel and use it to control a Blacknose laser cutter. The result is hours of crazy laser cutting fun, which we will be taking round most of the UK Maker Faires this year for JustAddSharks.co.uk 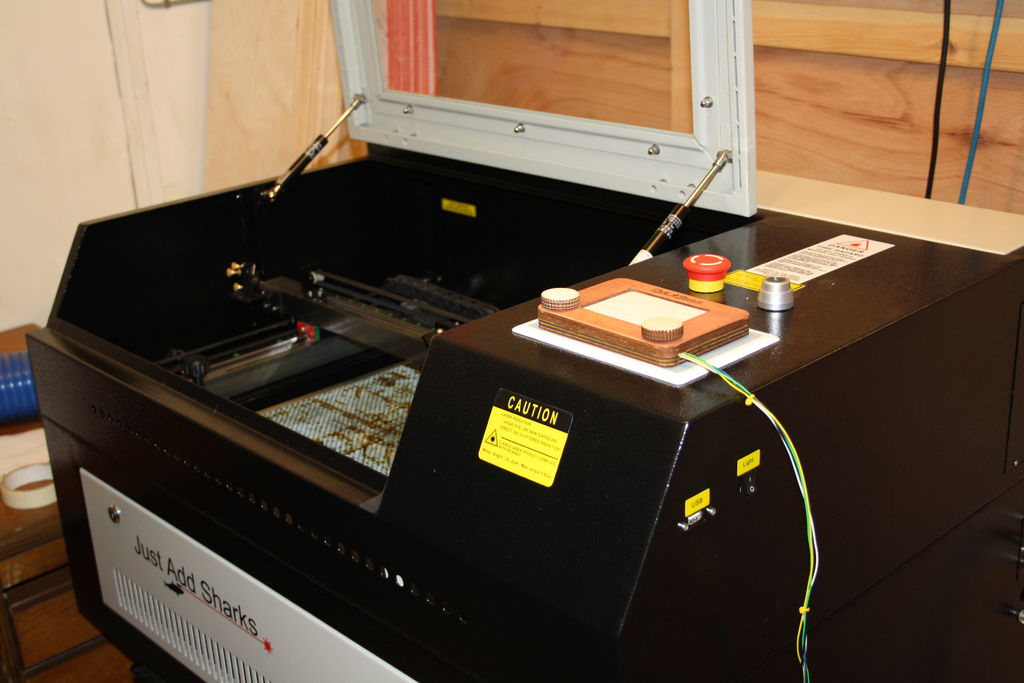 The control is all done using the Arduino Mini Pro which shows that small can also be powerful. The lack of processing speed to produce stepper motor pulses is compensated for using the hardware PWM modules in exactly the same ways as described in my previous instructable.

We will be taking this whole project to the UK Maker Faire at the end of April as well as numerous other UK Maker Faires this year so if you’re lucky you can come and visit us and give it a try for yourself.

By counting the number of pulses on either square wave it is possible to determine how far the encoder has been turned. It is important to know the direction that the knob is turning to decide if the step should be added or taken away from the total count. This is where the second data line can be used.

For ultra fast detection of the quadrature input the first data line could easily be connected to an interrupt input and set to detect the signal edge. Each time the interrupt triggers the count can be changed and by checking the second line on a standard input you know to add or subtract from the count.

Step 2: The Etch A Sketch Controller

The Etch A Sketch controller is laser cut from laser plywood. The frame is very simple, the two rotary encoders are held in the corners. The square holes stop the encoders turning in the housing. The shaft of the encoders is D shaped so the holes in the knobs were cut to match. The knobs were glued onto the shafts.

Wires were run from the encoders down to the controller before the frame was closed with additional layers of ply. The red coloured was created with mahogany wood dye. In total there are 6 layers of material in the frame giving it 18mm of thickness, the whole frame is 100mm x 135mm. 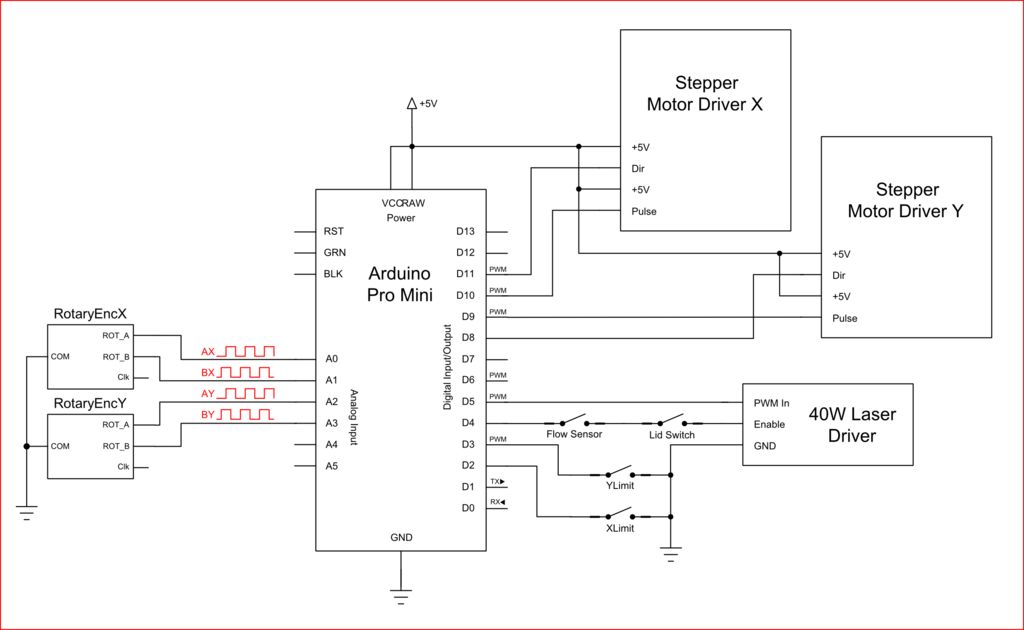 I’ve attached the cutting files in svg and pdf. The files were originally created in Inkscape and saved as svg but I find pdf is much more interchangeable.

This project could be used on any laser cutter that uses the leetro lasercut controller. By using 3.81mm terminal blocks, the same as the existing controller, this board can be plugged in and out of the laser cutter. It can still be used as a functional laser cutter with a moments notice.

For more detail: Arduino based Etch A Sketch Laser Cutter