I is a simple system, using Arduino to automate the irrigation and watering of small potted plants or crops.
This system does the control of soil moisture, doing indications via LEDs and in case of dry soil emitting a alarm beep. In case of dry soil it will activate the irrigation system pumping water for watering plants.
The system uses a LCD display to notify all actions that are taking place and a real time clock.

The Theory (from Wikipedia):
Water content or moisture content is the quantity of water contained in a material, such as soil (called soil moisture), rock, ceramics, fruit, or wood. Water content is used in a wide range of scientific and technical areas, and is expressed as a ratio, which can range from 0 (completely dry) to the value of the materials’ porosity at saturation. It can be given on a volumetric or mass (gravimetric) basis.
Volumetric water content, θ, is defined mathematically as: 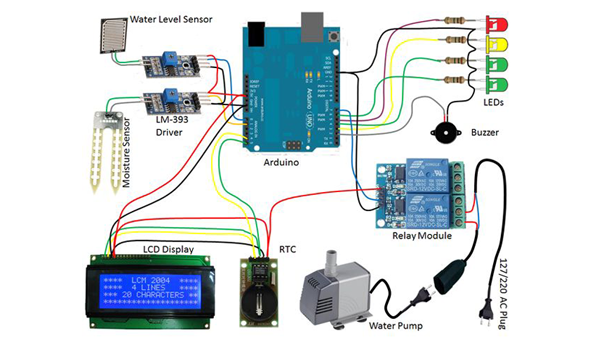 where  is the volume of water and  is the total volume (that is soil volume + water volume + air space).
Gravimetric water content[1] is expressed by mass (weight) as follows:

where  is the mass of water and  is the bulk mass. The bulk mass is taken as the total mass, except for geotechnical and soil science applications where oven-dried soil (, see the diagram) is conventionally used as .
To convert gravimetric water content to volumetric water, multiply the gravimetric water content by the bulk specific gravity of the material.
In soil mechanics and petroleum engineering, the term water saturation or degree of saturation,  is used, defined as

where  is the porosity and  is the volume of void or pore space. Values of Sw can range from 0 (dry) to 1 (saturated). In reality, Sw never reaches 0 or 1 – these are idealizations for engineering use.
The normalized water content, , (also called effective saturation or ) is a dimensionless value defined by van Genuchten[2] as:

To accomplish this Arduino Automatic Watering System project, you will need: 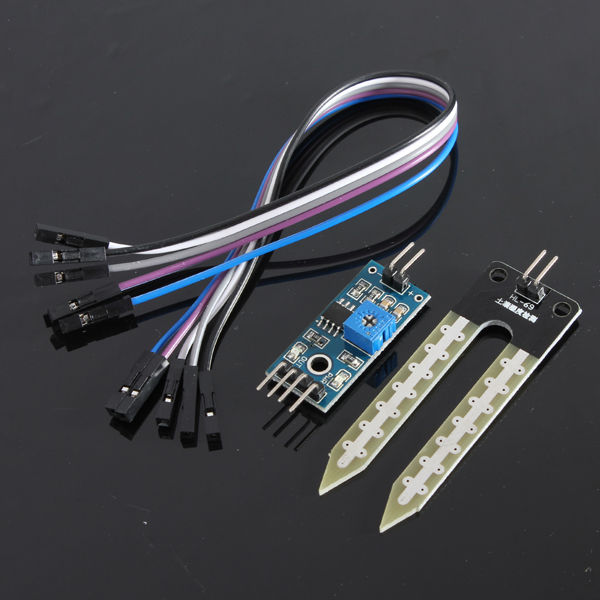 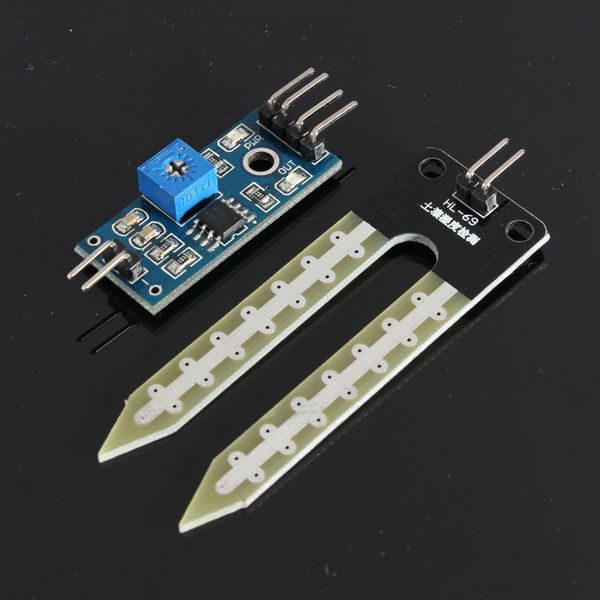 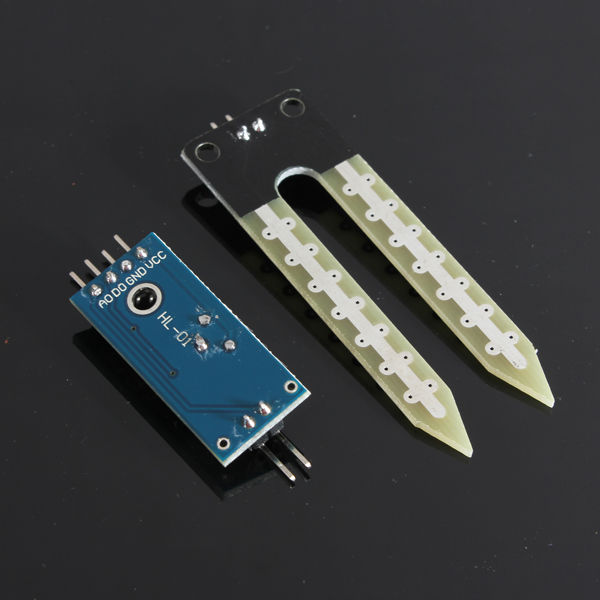 In the Pictures you have an overview of the components used.

The water level sensor:
This sensor must be made (homemade) on phenolite board, with spacings of 1 mm between trails and trails with 1 mm of thickness. 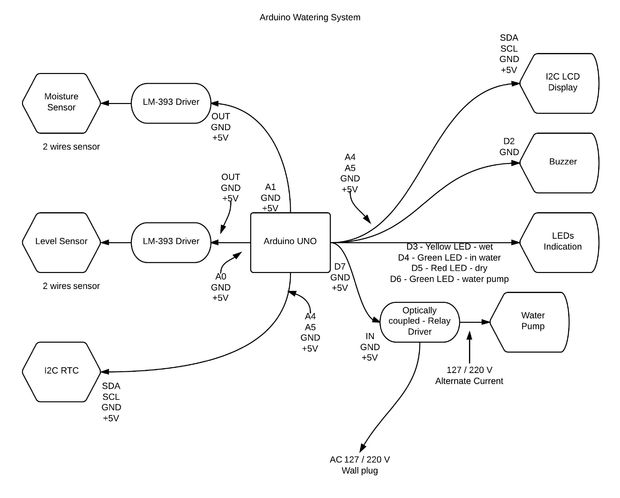 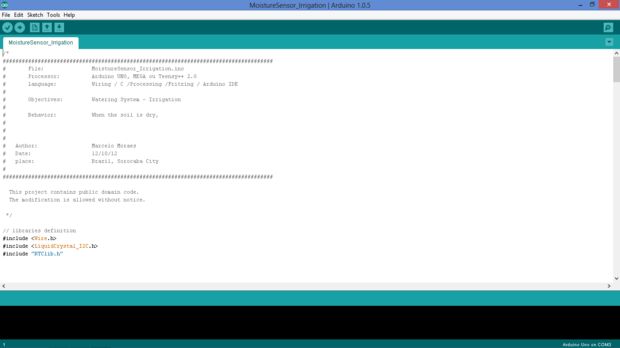 You can download freely the code for this project in the “GOOGLE driver”:
https://docs.google.com/file/d/0B_YlEklLDDS7T3JFX…

Or on the GitHub: 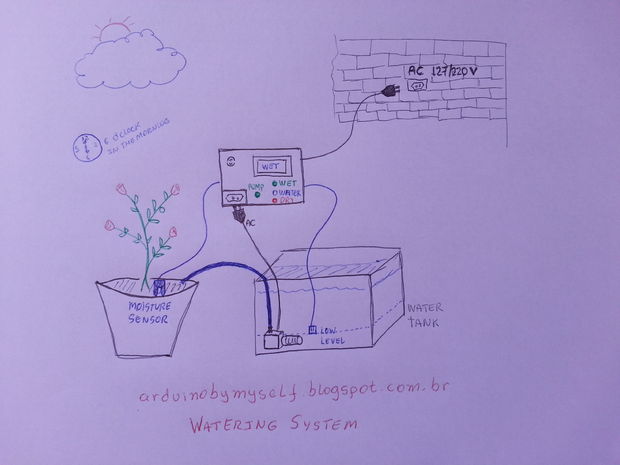 Below is a picture with an example of how the system works and how the tests should be performed.
Logically, as the system has an hour  pre set to operate, you can change the time via software for the time you will do the tests, and after you can adjust the operational “time”. 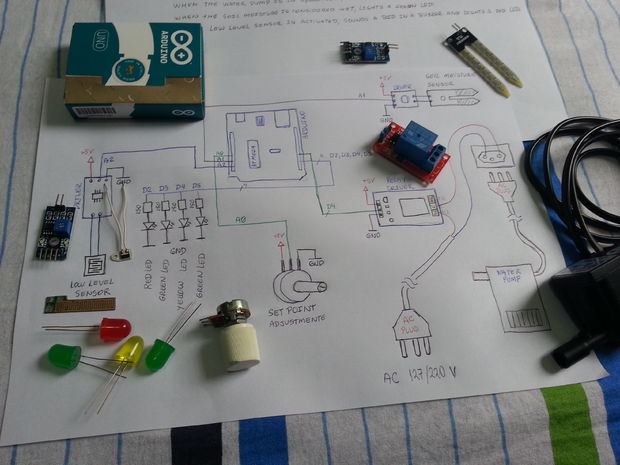