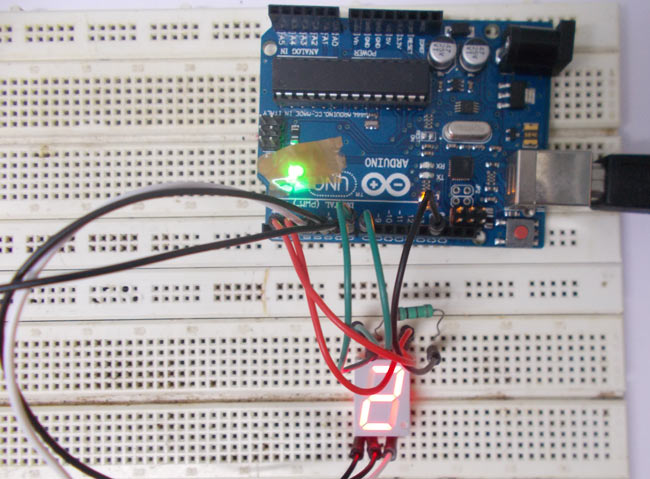 A seven segment display got its name from the very fact that it got seven illuminating segments. Each of these segments has a LED (Light Emitting Diode), hence the lighting. The LEDs are so fabricated that lighting of each LED is contained to its own segment. The important thing to notice here that the LEDs in any seven segment display are arranged in common anode mode (common positive) or common cathode mode (common negative).

The connections which are done for 7 segment display are given below:

READ  Using the tymkrs “Turn Me” with an Arduino

PIN3 or PIN8 or CC to ground through 100Ω resistor.

Robots are playing an important role in automation across all the sectors like construction, military, medical, manufacturing, etc. After making some...