Connecting an Arduino microcontroller to Pd is no big problem: You can just put Firmata on your Arduino and use the Pduino library for communication on the Pd side.

But sometimes Firmata is not the answer to every problem: You may want to turn on the built-in pull-up resistors for digital input pins, you may want to do some calculation on the Arduino before sending a message, or you may want to send a message from Arduino to Pd only on change.

In fact, I wanted to do all of the above, but not use Arduino for output. This led to the following electronics and code. 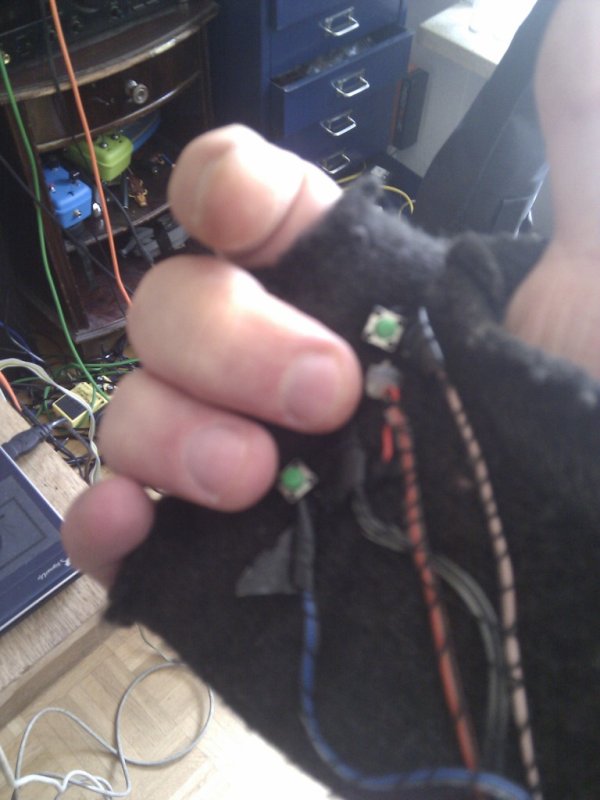 Message Passing between Arduino And Pd

I wanted to minimize the data sent from Arduino over USB to the host computer. I came up with the following “protocol”, that uses 1 byte for a digital value and 2 bytes for analog values.

On Pd’s side, messages are parsed and then output in the same way as [pduino] does it: (a|d) [pin number] [value]. That design allows you use it as a drop in replacement.

I am using the setup mostly for live performances, and the demo patch included in the source code is the actual patch that I use. It also makes heavy use of my abstractions.

This Design Idea is a solid state relay (SSR) which uses a triac to switch AC loads at high current....