At the beginning of march Christopher Martin, researcher in applied computer,  wrote us an email to tell us that he got involved in an ambitious plan taking place:  100 school pupils, 5 different digital-maker themes in 1 day for 4 subsequent weeks across Scotland.

The event called “One Day Digital” started on the 2nd of March at the Dundee University, where he is based,  and is organized by Nesta, supported by the Nominet Trust, O2 Think Big and the Scottish Government which created it as part of a wider programme called “Digital Makers” . It is especially aimed at: 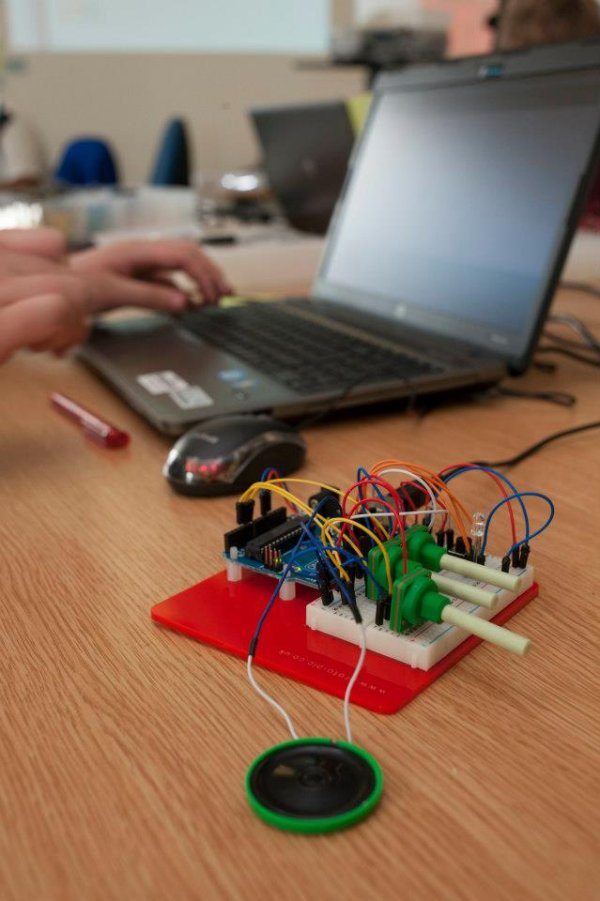 encourage and enable a generation of young people to create, rather than simply consume, technology. Working closely with a consortium of partners, we are launching a campaign to highlight the benefits of learning digital skills and encourage innovation in digital education to equip young people with the skills they need to thrive in the digital world.

Chris  was running the Arduino session supporting  12 students (age 13/14) on their first steps with C programming and some bread boarding with Arduino UNO.  He wrote on his blog:

For more detail: Tinkering and coding with teens for a future of digital making