I am a big fun of TV series! Mainly I like Sitcoms and Sci-Fi genders but due to time constrains I am unable to watch everything I want! Yes, day jobs these days almost consume our entire day.

But sometimes I am able to steal a little bit of time enjoying a few episodes of the good ones! And one of those was the first season of HBO Silicon Valley. I was so excited about this one even from the first couple of episodes. And I decided to tweet about it:

HBO respond back and few days later and couple of days after that I was having a shipping notice! I was so happy having on my hands some swags from the show! A t-shirt and a poster! Nothing special but a nice gesture for a fun! 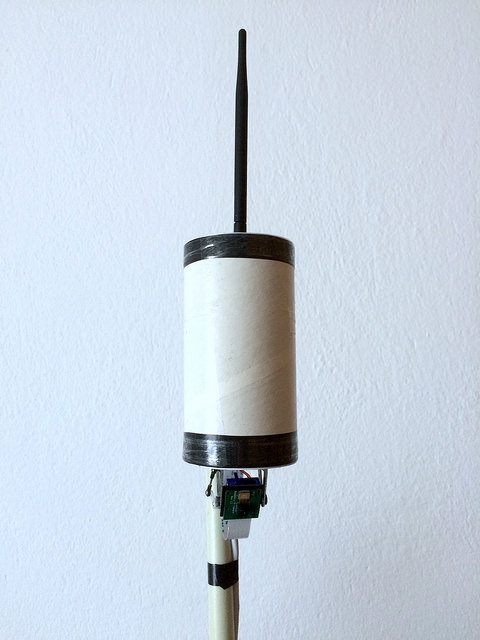 Why this long intro? Well, I am an engineer, a maker in general, that wants to build stuffs. And the swags above came in a nice cardboard tube. A very strong, thick, with a nice light plastic type coating (helping with the moisture during shipping).

This makes a good indoor enclosure, but with proper treatment will be a nice fit for an outdoor enclosure as well. I am going to put a Raspberry Pi inside it together with a camera and some sensors for reading environmental variables.

The RPi is the Model B and has some connectors around it that I am not going to use. Those are taking space and placing the Pi slightly offset of what I want. I decided to remove them and use some of those in future projects. Nothing is going to the trash bin! Anyway, I am not going to use this Pi to somewhere else. The project will be placed permanently in my “lab” and I will do only software improvements.

I’ve stared with the 2.5mm jack and the AV output connectors

(The plastic silicon tube at the tip of the suction pump is a heat resistive one. You can find them in hobby stores and makes the pump works at least an order of magnitude better)