This time I’m starting off with a device I already built, unfortunately there won’t be any photos from the actual build, just a quick article on how I imagined it and how it works.

A short story about how the whole thing started

My uncle has a nice little place at the countryside at about 50 kilometers away from where we live. Unfortunately there is no electricity in the house, so the lights, music, and anything else that’s electronic runs from a 12V car battery. The battery was charged before each trip with an old-school car battery charger, until the charger eventually broke. He brought it to me to get it repaired, but the two components it had inside both were dying so I decided to build him a new one. His birthday was coming, so I decided to make it as a present. I haven’t finished building it on time, but he was all-right with it! 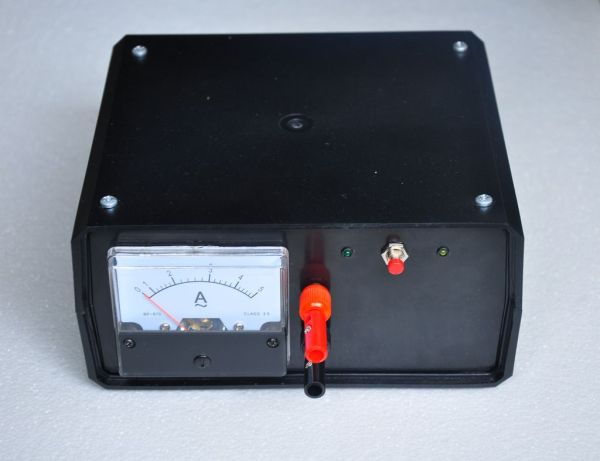 Here’s a list of the thing you will need to make a copy:

First, you need to imagine what the charger should look like, and get an enclosure that can fit in all the stuff you want. At first, I ordered one I thought was good, but when I saw it with my own eyes, I almost had a heart attack. Luckily the seller had this black enclosure on stock, I bought it without further hesitation. You can see how the two enclosures look like on the photo.

When you have both the enclosure and the clue how you want it to look like, you can start fitting in the components. I used my Bionic hand drill to drill a contour of the shapes I wanted to cut out, and snapped out the pieces of plastic. A small saw and sand paper was used to give the holes and slots their final form. After I cut these slots, I snapped in the components that supposed to go on the front and the back panels. The arrangement of components in and on the enclosure: