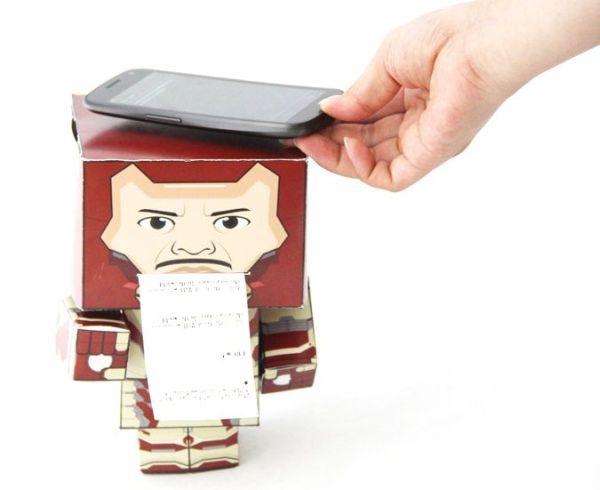 Thanks to the NFC Shield, you can directly sent messages from your mobile to the paper man, and the paper man will spit it out by printing with the thermal printer.

The following video shows you the details of how Paper Man works.

At the very beginning, let’s prepare the following components and devices:.

All components you can find here. 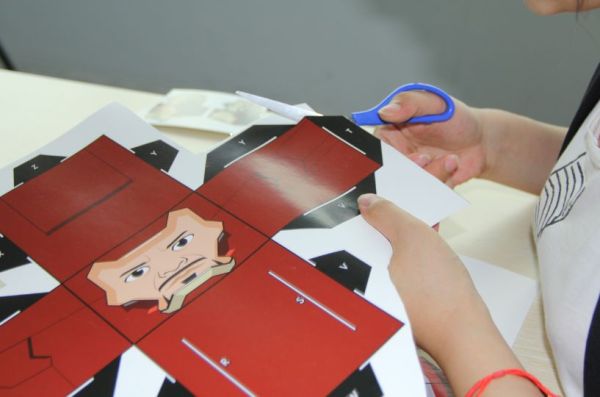 Now, we need a papercraft model. We chose an Iron Man model which can be downloaded from http://www.cubeecraft.com/cubee/iron-man-mk-42. Of course, you can choose other papercraft shell that you like.

After downloading the Iron Man, we need to print it out. We chose A2 size paper, which makes the shell size perfect for placing Seeeduino and NFC Shield. Next, let’s cut the paper and assemble them together. Now, let’s see what it looks like.

First of all, we need to solder the power in jack and serial port  into thermal printer controller board. This is necessary if you want package all components into Iron Man.

And then, connected the NFC Shield to Seeeduino.

The last thing is connected Seeeduino to thermal printer controller.

When you done this step, the next thing is to test it. So, go to the next step.

NFC is short for Near Field Communication which is widely used in Android system. In this Paper Man project,. We use Seeeduino module and NFC Shield to communicate with Android phone. Both the Android App and Arduino source code can be downloaded from Github . In addition, you need to download the NFC Shield Library here .

For more detail: Paper Man: a machine created by Arduino and NFC