Motion activated lighting without a Micro-Controller

In my home I have a fairly long hallway that has light switches at either end but 99% of the time we enter the hallway from the middle where there is no switch. So I decided I needed to do something about this as walking down a dark hallway all the time was annoying.

I have seen a fair number of people use an arduino or even a standalone ATTiny85 with a El cheapo HC-SR501 which can be found on ebay for about $1.25 each and I find these things work fantastic, they have an excellent range and detection spread. 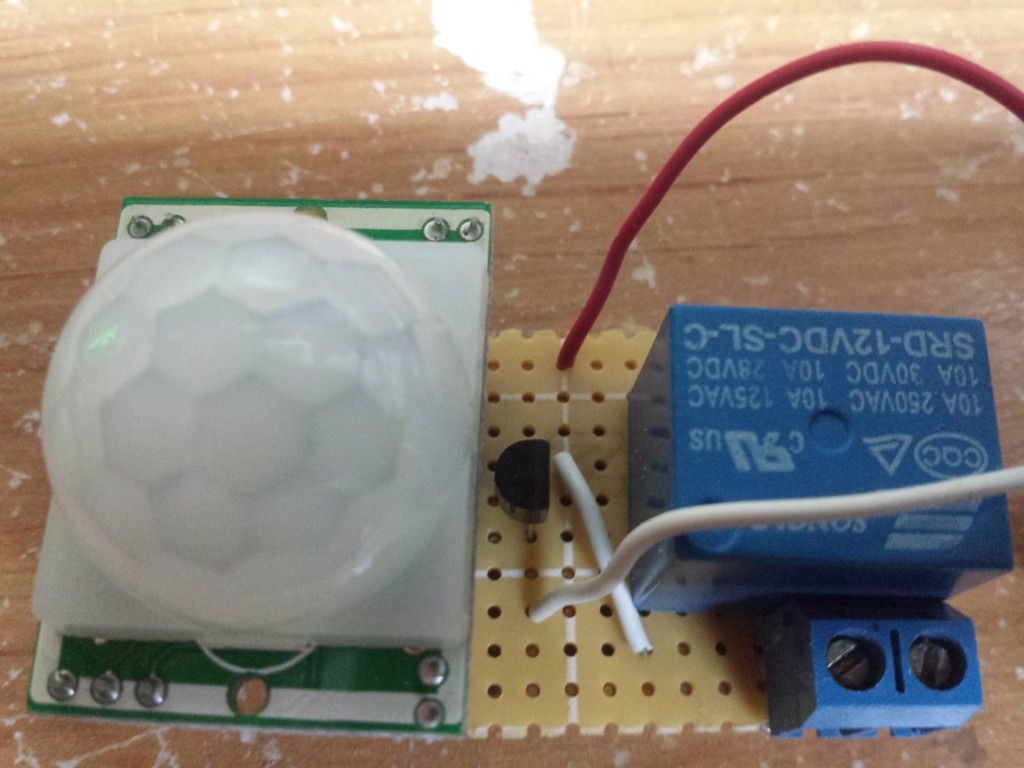 However since the HC-SR501 has a built in timing circuit it is very unnecessary to use any sort of micro-controller with them and they can be hooked up easily to whatever it is you want to power and wasting a $4-$30 micro-controller for such a simple task when a Transistor or Mosfet could be used seems counter intuitive.

Since the LED Strips use 12v power I just ran the whole circuit using a 12v 1.5amp wall wart. I would have preferred to use a logic level power mosfet like the IRLZ44N but didn’t have one around so used a 2N3904 transistor(as the trigger output from the PIR sensor is 3.3v) and a 12v relay.

For more detail: Motion activated lighting without a Micro-Controller