A friend at work proposed a friendly competition between a few co-workers: to make something cool out of a Trader Joe’s green tea mint tin.  Anything – whatever our creative hearts desired.  The prize?  Nobody cared – we’d figure that part out later. 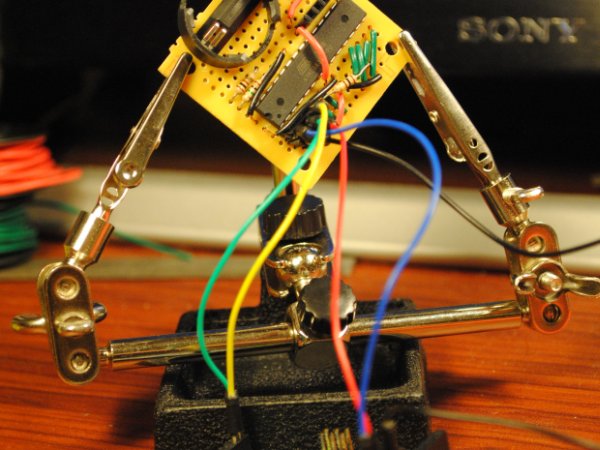 I thought it would be fun to do something electronic with it – maybe even squeeze an Arduino in there.  But it would be tough – the tin was pretty tiny.  And it had a clear plastic screen on the cover.  I had to figure out what to do with that…

After a night of brainstorming, and then another week or so of indecision, I settled on making a Guitar-Hero-like rhythm game, involving a single sensor, an LCD screen, and a small speaker for playing some cheesy music.  I play drums, and I was kind of thinking of the whole mint tin as a drum, with the plastic screen acting like a drum head.  The other side, made of metal, would host the LCD screen and speaker, facing the “player”.

(Product endorsement: Don’t worry about eating through all the mints before you start this project – they’re actually quite good…)

The schematic, Fritzing layout, and Arduino code can be downloaded here. 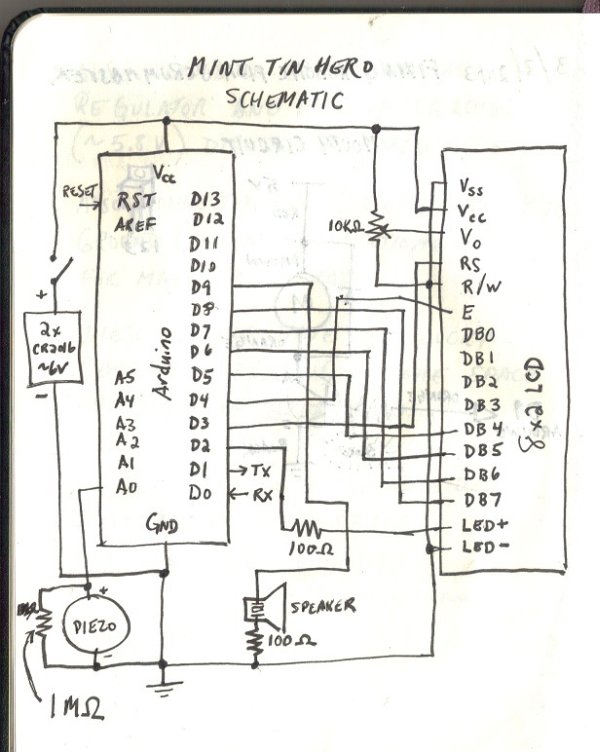 Step #1: Solder some of the main components on the circuit

Step #2: Cut up and attach the headers.