How to Make a Cheap Battery for Storing Solar Power

A new kind of battery invented by Jay Whitacre, a professor of materials science at Carnegie Mellon University and founder of the startup Aquion Energy, could make renewable electricity more practical and economical around the world. Aquion is about to start full-scale production of the batteries at a new factory in Mount Pleasant, Pennsylvania.

Whitacre says his batteries’ most promising near-term application lies in storing energy from solar panels or other renewable sources in off-grid homes or rural areas, providing a much cheaper 24-hour power source than a common alternative: diesel power. Lead-acid batteries are used for this purpose today, but they are toxic and require air-­conditioning to avoid deterioration in some climates, raising costs. 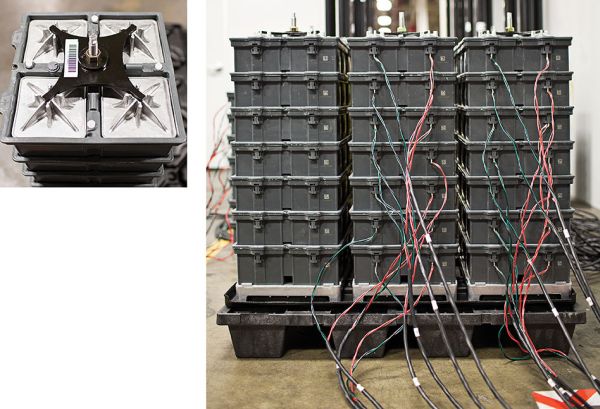 Whitacre’s batteries are expected to last twice as long as lead-acid batteries and cost about the same to make. They won’t require air-conditioning and will use nontoxic materials. Electrical current in the battery is generated as sodium ions from a saltwater electrolyte shuttle between manganese oxide–based positive electrodes and carbon-based negative ones.

One place the battery could make a big difference: in poor regions of the world that lack an existing electric grid. By 2030, one billion people are expected to get electricity for the first time. That will mean a lot more use of fossil fuels unless renewable power options are as cheap, safe, and reliable as possible. If “even a fraction of that billion can use solar because of our batteries,” Whitacre says, the company will be able to reduce not only carbon dioxide emissions but also local pollution from diesel generators.

For more detail: How to Make a Cheap Battery for Storing Solar Power

Hello! It has been our Friday tradition for the past few weeks to end with a game. This week we...