Skip to content
An Arduino is an open-source microcontroller development board. In plain English, you can use the Arduino to read sensors and control things like motors and lights. This allows you to upload programs to this board which can then interact with things in the real world. With this, you can make devices which respond and react to the world at large.

For instance, you can read a humidity sensor connected to a potted plant and turn on an automatic watering system if it gets too dry. Or, you can make a stand-alone chat server which is plugged into your internet router. Or, you can have it tweet every time your cat passes through a pet door. Or, you can have it start a pot of coffee when your alarm goes off in the morning.

The possibilities of the Arduino are almost limitless. As such, there is no way that one single tutorial can cover everything you might ever need to know. That said, I’ve done my best to give a basic overview of the fundamental skills and knowledge that you need to get your Arduino up and running. If nothing more, this should function as a springboard into further experimentation and learning. 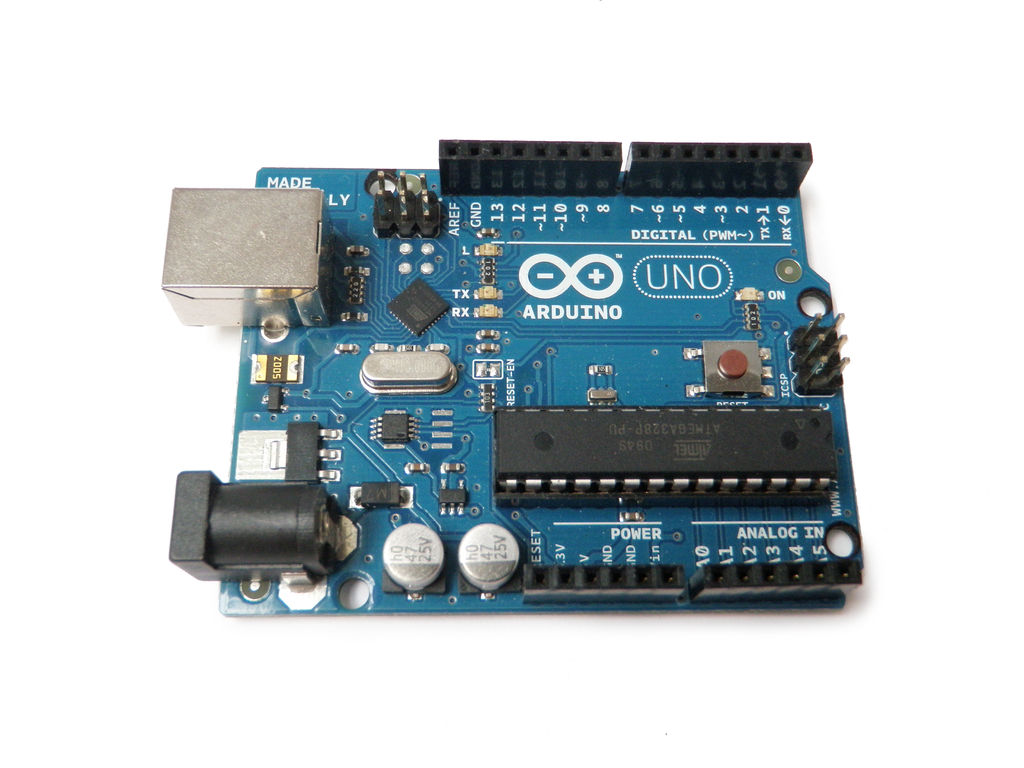 The most common version of Arduino is the Arduino Uno. This board is what most people are talking about when they refer to an Arduino. In the next step, there is a more complete rundown of its features.

Legacy versions of the Arduino Uno product line consist of the NG, Diecimila, and the Duemilanove. The important thing to note about legacy boards is that they lack particular feature of the Arduino Uno. Some key differences:

The Mega is the second most commonly encountered version of the Arduino family. The Arduino Mega is like the Arduino Uno’s beefier older brother. It boasts 256 KB of memory (8 times more than the Uno). It also had 54 input and output pins, 16 of which are analog pins, and 14 of which can do PWM. However, all of the added functionality comes at the cost of a slightly larger circuit board. It may make your project more powerful, but it will also make your project larger. Check out the official Arduino Mega 2560 page for more details.

This specialized version of the Arduino is basically an Arduino Mega that has been specifically designed for interfacing with Android smartphones.

The LilyPad was designed for wearable and e-textile applications. It is intended to be sewn to fabric and connected to other sewable components using conductive thread. This board requires the use of a special FTDI-USB TTL serial programming cable. For more information, the Arduino LilyPad page is a decent starting point.

The nice thing about the Arduino board is that it is relatively cheap, plugs straight into a computer’s USB port, and it is dead-simple to setup and use (compared to other development boards).

Some of the key features of the Arduino Uno include:

For a complete rundown of all the Arduino Uno has to offer, be sure to check out the official Arduino page.

The Arduino Programmer is based on the Processing IDE and uses a variation of the C and C++ programming languages.

You can find the most recent version of the Arduino Programmer on this page.

Connect the Arduino to your computer’s USB port.

Please note that although the Arduino plugs into your computer, it is not a true USB device. The board has a special chip that allows it to show up on your computer as a virtual serial port when it is plugged into a USB port. This is why it is important to plug the board in. When the board is not plugged in, the virtual serial port that the Arduino operates upon will not be present (since all of the information about it lives on the Arduino board).

It is also good to know that every single Arduino has a unique virtual serial port address. This means that every time you plug in a different Arduino board into your computer, you will need to reconfigure the serial port that is in use.

The Arduino Uno requires a male USB A to male USB B cable.

Before you can start doing anything in the Arduino programmer, you must set the board-type and serial port.

To set the board, go to the following:

Select the version of board that you are using. Since I have an Arduino Uno  plugged in, I obviously selected “Arduino Uno.”

To set the serial port, go to the following:

Arduino programs are called sketches. The Arduino programmer comes with a ton of example sketches preloaded. This is great because even if you have never programmed anything in your life, you can load one of these sketches and get the Arduino to do something.

To get the LED tied to digital pin 13 to blink on and off, let’s load the blink example.

The blink example can be found here:

The blink example basically sets pin D13 as an output and then blinks the test LED on the Arduino board on and off every second.

Once the blink example is open, it can be installed onto the ATMEGA328 chip by pressing the upload button, which looks like an arrow pointing to the right.

Notice that the surface mount status LED connected to pin 13 on the Arduino will start to blink. You can change the rate of the blinking by changing the length of the delay and pressing the upload button again.