f prices of thermal imaging cameras seem to you to be high, but you´d like to take advantage of a graphic temperature displaying, then the TG165 is the right device for you for only 299EUR and limited time. Do not hesitate, this price is valid only18 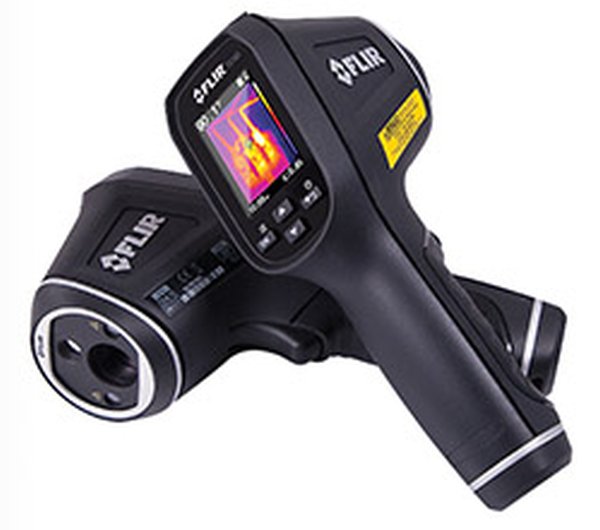 Now for only 299EUR and limited time. Do not hesitate, this price is valid only in October! Infrared thermometer or infrared camera? A typical dilemma, which device to choose can be solved very simply – by a purchase of imaging thermometer Flir TG165!
Thermal imaging camera is a great thing for various industrial segments, as we described to you for example in our article „Even hidden faults can be found with FLIR thermal cameras”. Perhaps the only disadvantage of quality thermal cameras are their prices. Especially for a casual usage perhaps majority of us will consider the 1000+ EURO investment for such a device.

The price of this perfect device now dropped to 299EUR!

A good job can be also done by an IR thermometer but by its usage we´re missing a unique feature of visual imaging of a temperature distribution in a given device. In reality perhaps nobody is able to make for example 3600 measurements ( 60x60px) within few seconds and consequently to make an idea how it looks with a temperature in a given device.

From this point of view – the novelty of company Flir – TG165 is a unique device intended for everyone, who wants to have a visual idea about temperature for an affordable price. TG165 is a combination of a quality IR “point” thermometer (24:1) with an IR camera with a new Flir „LeptonR“ chip.

Without a useless “going around” it can be straightly said, that the imaging functionality of TG165 has a fix-set range and that it´s not possible to exactly determine temperature from a displayed image (except a middle of the image, where it is measured exactly by a central thermometer). However, usually in praxis it doesn´t matter at all, because such imaging is sufficient to discover warmer/ colder places and consequently – it´s possible to focus a center of a measured field on a given “suspected” place.
In result, we get a device, which is in praxis fully usable for a visual inspection of distribution boxes, motors, compressors, PCBs and other for a roughly half price of a usual thermal camera.

How to Get Started with the ESP32

ESP32 is the hottest new wireless chip out there, offering both WiFi and Bluetooth Low Energy radios rolled up with...