Ever wanted to control a cockroach on the cheap? Now you can!

A few years ago I saw Backyard Brains’ smartphone controlled cockroach, and it just blew my mind! I tried to get my mom to let me buy it, but the mention of cockroaches convinced her otherwise. 🙂 I started doing projects with the Arduino a few years later. I remembered how much I wanted to do the cockroach experiment, so I convinced her that cockroaches weren’t gross at all. Then I ordered a couple of Madagascar Hissing Cockroaches. Once they arrived, I started coding, testing, recoding, retesting. Finally I found out how to do everything right and temporarily change the cockroach’s behavior as you will see in this video: 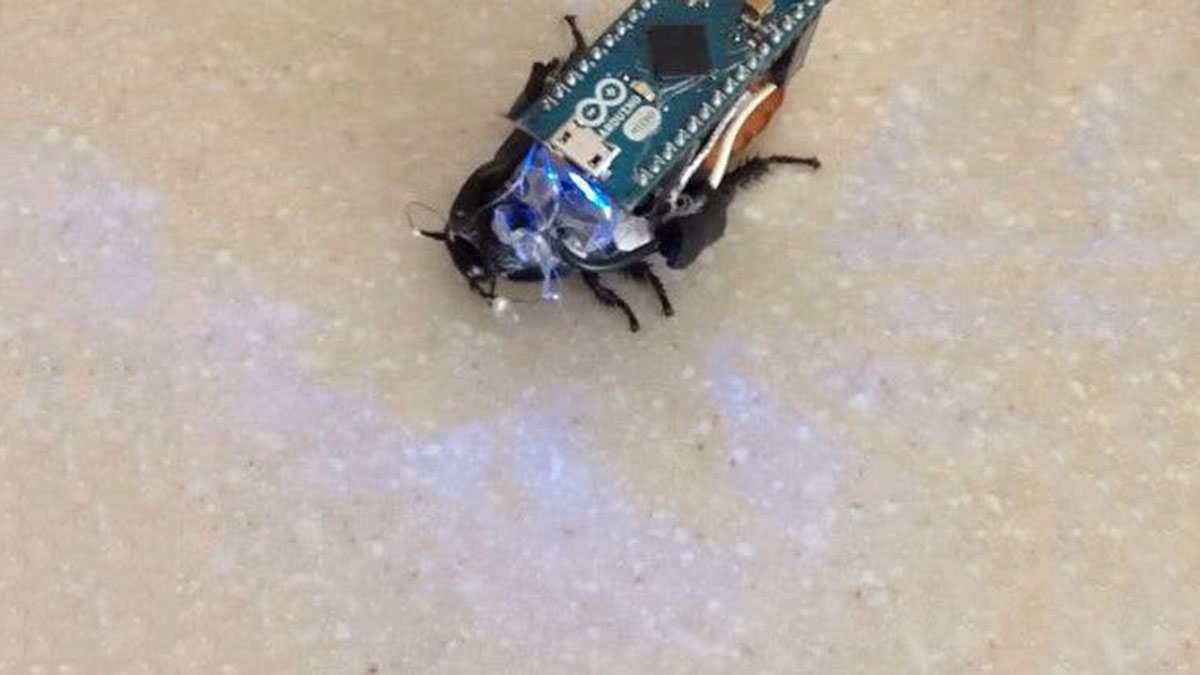 This is not a toy it is a scientific experiment to teach neuroscience. It is similar to someone getting a cochlear implant (which has returned hearing to more than 324,000 people.) Cockroaches can regenerate lost antennae and limbs. The cockroaches in this project were fully anesthetized during the “surgery.” Everything I did is reversible and was reversed at the end of the experiment. Also, I used Cyanoacrylate (super glue) in this project but it isn’t harmful because a similar chemical was used in the Vietnam War to seal wounds on humans. 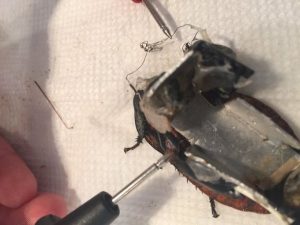 Step 1: How it Works

How does it work you ask? Well as do many insects, cockroaches have antennae which are directly involved in navigation. By stimulating the antennae with variable frequencies (that mimic neural signals) from the Arduino you can make the cockroach think that there is a wall in front of it when there isn’t. When that happens the cockroach turns in another direction. Although after a while the cockroach starts ignoring the stimulus and continues walking as if it didn’t have the backpack.

Read more: Control a Cockroach with Arduino for under $30