After over spending nearly 20 hours extra on fixing peggy2 board I mentioned in the previous post, there is only a few hours left for me to work on CMUcam3-Arduino system and its facial-recognition driven motor system.

The basic programming architecture is shown below. 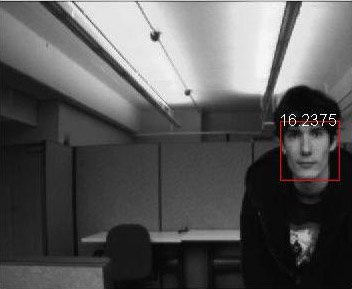 What we get in the end is the resulting mechanical motions carried out by DC motors. Besides, CMUcam3 camera can also provide related visual feed that controls color mixing of the LED matrix through Arduino Mega.

While there is no people around, the surface is in “solar tracking mode”, which means LDR light sensors dictates the command over entire system. LDR senses change in sunlight intensity. Similar to CMUcam3, it provides information to Arduino Mega,  which controls the motion of the surface. That’s how the surface can be “heliotropic”. Based on the architecture shown below, it seems as long as each module is working and be able to establish proper communications with other modules, it will be a piece of cake to have a “function” and “smart” surface. While, things always work as it should in theories. However, that’s not the case in reality. 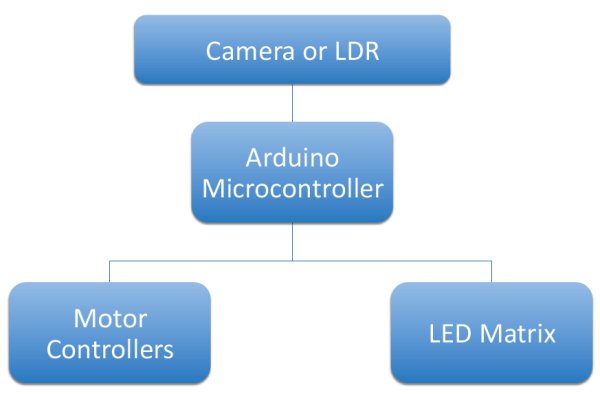 Facial detection is implemented by a algorithm based on on the well known paper “Robust Real-Time Face Detection” by P. Viola and M. Jones from 2004. However, facial detection is not same as facial tracking. The first thing that the surface must accomplish under “interaction mode” is being able to “recognize and focus” on a person. If it keeps staring at a red ball on the ground, there is no way that the human-machine interaction can begin. After several hours of trying to understand lines and lines of codes written, I managed to gain access to the coordinate of the sub-frame of the face detected by the camera relative to the whole frame of the picture, as shown below. This breakthrough means I can now set a threshold around the center of the frame. If the coordinate of the sub-frame that contains the face of a person is at outside of that threshold, CMUcam3 can send command to Arduino Mega, which would tell DC motors to move the body so it can always “facing” the target person in front of it.