Here I present another project based on a addressable LEDs strip, based on WS2812b leds.
It consists of an ‘electronic’ candle, which lets you select set colors, adjust the intensity, and have different effects like rainbow, fade and fire. The project arose from the purchase of an IKEA lantern model BORBY … the idea was to replace a candle of considerable size, for something more … modern. 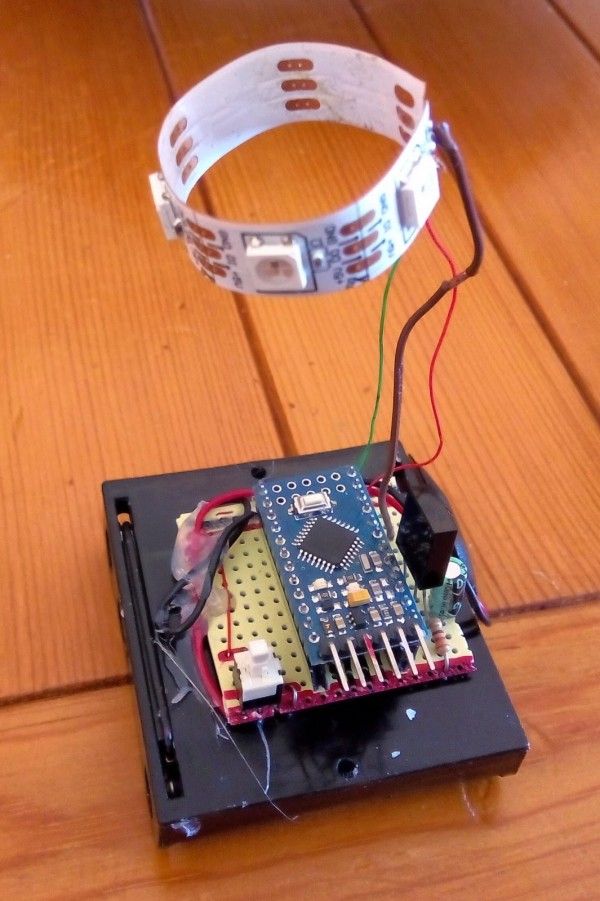 Thanks to Neopixel strip LED (for more on these strips, you can see the previous post ), the circuit is very simple and only consists of an Arduino Pro Mini  (so that it can be hidden inside the ‘fake’ candle), a piece of addressable LED strip (5 leds in my case), a infrared receiver TSOP1738 (the TSOP1736 works well), a resistance of 330 OMHS, an electrolytic capacitor 4.7uF, a small switch and a battery holder.
For more detail: Candle with remote control and Arduino Pro Mini