This instructable is part of the “Brickduino” series. [Brickduino 1. LED] 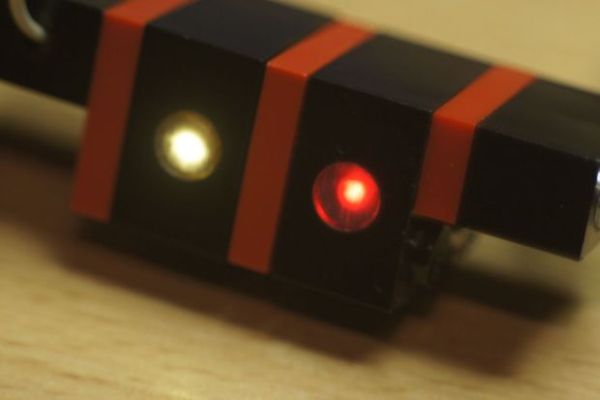 Mainly this instructable is the same as the Brickduino LED! So if you want to skip all the steps that are the same than jump directly to step 6!
To light more than one “Brickduino LED”, I can simply stack them together. Than they are connected serially and shine half as bright. To keep the full brightness I need to connect them in parallel to each other. I can do this with the “Brickduino cable” but there must be an easier, and nicer way.

Using the G-code and jigs from the previous Brickduino instructable, it must be really easy to make this connector brick.

(To make it a little bit more logical, I’m going to swap the colors on this connector brick. I should do this on the cables also)

The easy explanation:
When you connect two lights in series, they divide the voltage in half.

For example:
A serial connection
I start with 5V from my Arduino. When I stack two LED’s on top of each other they will be in series and will both have 2.5 volt to try to burn. Normally they need 5 V so they will only burn very pale or not at all.

In this instructable I want to make the connectors for the tops and bottoms of the LED-bricks. 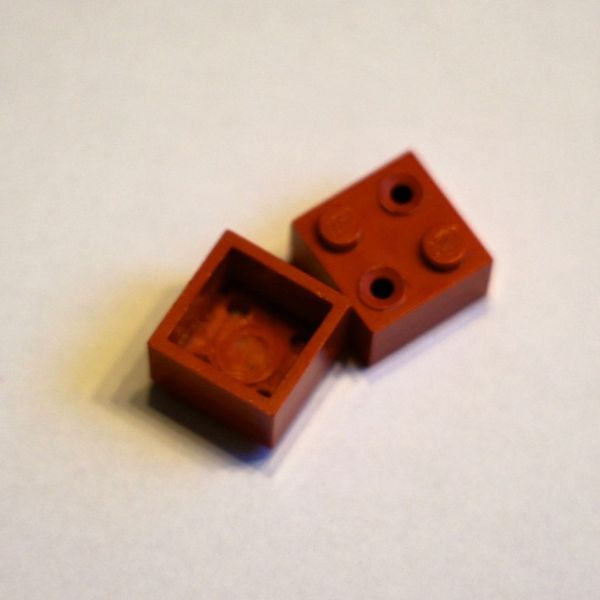 The connector brick will have two parts, like the LED-brick has. The top part will be a red 2×2 LEGO brick and the bottom part a black 2×2 LEGO plate.

The camera controller box is an easy way to rotate a webcam from a PC or remotely through the internet. Step...