[Note: if you are using smartphone or portable device to browser this post, some math formula might not appear properly. To see the math in correct form, scroll down to the bottom and click “View web version“]

After finishing the mini CNC laser engraver, the next thing in my mind is 3D printer. One of the most important part of a 3D printer is the plastic filament extruder, composed by a cold end constantly supplying plastic filament, and a hot end melting the plastic and feeding the liquid plastic through a small nozzle. 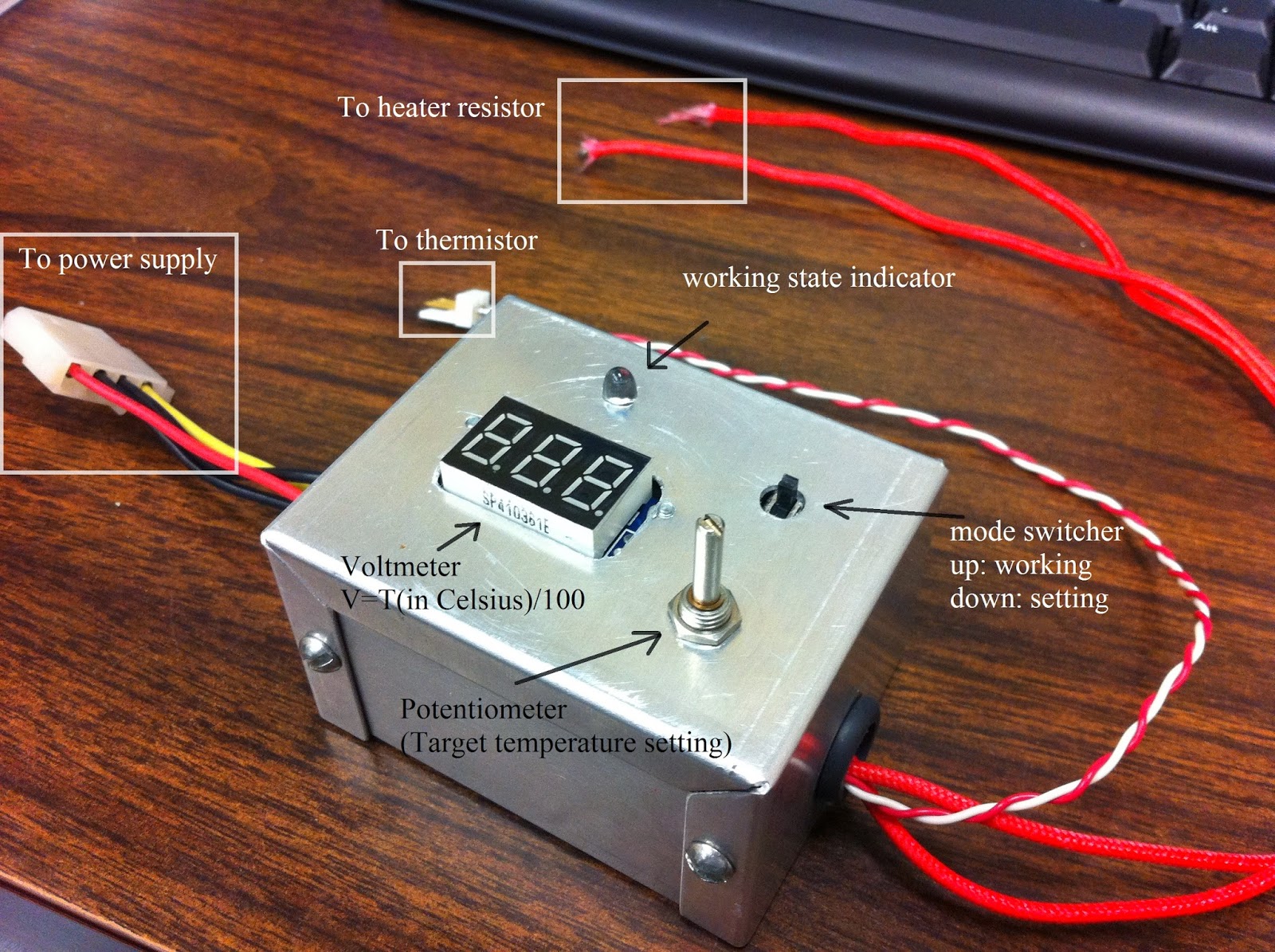 For PLA or ABS plastic filaments (most common materials used in home-made 3D printers), the hot end needs to be at a temperature of about 200C (or 180C for PLA, 220C for ABS). It is important to keep this temperature (roughly) constant, so is the plastic melting speed and then a controllable plastic feeding rate.

I plan to build a home-made 3D printer controlled by my Raspberry Pi, which, unfortunately, does not have any analog data acquisition pin. Therefore I decide to build a stand-alone temperature control system.

The idea is very simple. I use a power resistor as the heater and a thermistor as the temperature sensor. The system contains an LM324 quad op-amps chip. One op-amp is used as a comparator to compare the thermistor resistance with a nominal resistance and output LOW or HIGH as the comparison result. The other three op-amps inside the LM324 are used to perform some linear transformation and output a voltage that is proportional to the thermistor temperature. This voltage is applied to a 0-30V voltmeter so one can read the temperature. A N-Channel MOSFET transistor is used to control on/off of the heater.

READ  Mixed-signal asics are good even for smaller volume products

This is a 4 band Mechanical Color Code Resistor Calculator, The idea of making this Mechanical Resistor came when I...