A Guide to Metal Core PCBs by PCBGOGO

The use of LED based electronics has significantly increased in the past few years. They have proven to be more efficient and nearly 5 times cheaper than normal incandescent units. But with their use came one downside: heat. Some devices tend to use a number of LEDs that remain on for a long period of time and so can overheat. The LEDs are usually mounted on PCBs and can therefore cause significant damage. There is however one alternative to common PCBs i.e. metal core printed circuits (MCPCBs). 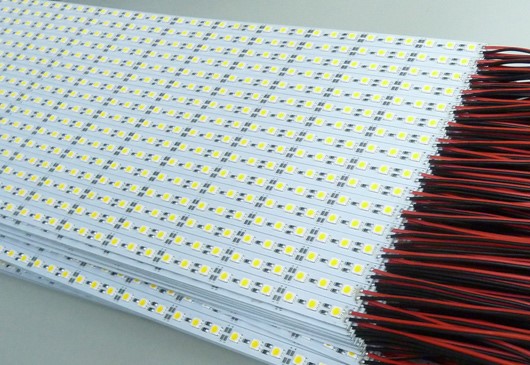 Metal Core PCBs or MCPCBs are the types of PCBs that contain a base metal material as opposed to the traditional FR4. The core is usually designed to redirect heat away from the components. The metal core is composed of a metal plate of a particular thickness which dissipates heat.

A MCPCB is essentially designed to improve the reliability of devices that run at slightly higher temperatures. Not only does it allow for components to be mounted but also draws heat from hot-running components to the other side of the board where it is dissipated. It has greatly helped to solve the problem of overheating caused by large number of LEDs in devices.

One of the major differences between the two is in the way the materials work. In MCPCBs there is a single layer of copper with is bonded to a layer of conductive dielectric material, which is further bonded to a thick metal layer (typically Aluminum 5052, Aluminum 6061, or Copper C1100). The dielectric used is approximately 6-7 times as thermally conductive as FR4. The dielectric is to be kept as thin as possible. This reduces the distance from the heat source to the metal plate which is more conductive than the dielectric.

The metal plate is the thickest element. The three most common thicknesses are 1.0mm, 1.5mm, and 3.2mm as they are the easiest to purchase. The metal also gives the PCB rigidity and does not require any surface finish or soldermask.

In a MCPCB, only surface-mounted components are to be used. This is because a plated through hole can cause a short circuit as the bottom layer is metal. In normal LED PCBs the layers usually have plated vias which allow components to transmit heat. During soldering some solder can enter these vias if not filled and can cause errors. On the other hand in MCPCBs operate differently.

Vias are not required as the metal layer is efficiently thermally conductive. Instead they require drilling of a few large mounting holes. This also helps the manufacturing process to move faster. After the drill cycle, the single layered MCPCB goes straight to circuit imaging rather than passing through the electroless copper deposition in PTH processing. After this the process is similar to the standard FR4 PCB.

Out of curiosity, I ordered the tiny ESP8266 relay switch from aliexpress.com but never knew it could be so embarrassing...