640 K ought to be enough for anyone

Whether he really said that or not is still up for debate. The quote appeared at the beginning of an editorial written by James E. Fawcette published in the April 29, 1985 issue of InfoWorld and the was attributed to a certain William Gates, chairman of Microsoft in response to a question about why PC-DOS had an upper memory limit of 640 KB. 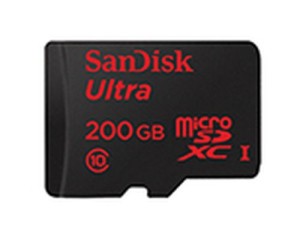 According to Christopher Chute, Vice President, Worldwide Digital Imaging Practice, IDC “Seven out of 10 images captured by consumers are now from smartphones and tablets. Consumers view mobile-first devices as their primary means for image capture and sharing, and by 2019 smartphones and tablets will account for nine out of 10 images captured,” This high capacity card is suitable for Android smartphone and tablet users and the Premium Edition microSD card combines the world’s highest capacity with fast transfer speed of up to 90MB/s. The 200GB SanDisk Ultra microSDXC UHS-I card, Premium Edition, has a ten-year limited warranty and will be available worldwide in Q2 at an MSRP of $399.99.

For More Details: 640 K ought to be enough for anyone

Introduction This guide will walk you through the steps neccessary to connect your Bean to another device using Node-RED, a...