As I mentioned in my previous posting, there was an issue with my Wavetek 907 microwave frequency generator. While everything was fine during my initial testing, the frequency display is now stuck with an out-of-range display and the adjustable frequency range is limited to between around 6.9 Ghz to 7.9 Ghz (instead of all the way up to 11 Ghz). My initial suspicion was that the PTC heater inside the YIG–Gunn oscillator was malfunctioning. But as it turned out, it was something else. 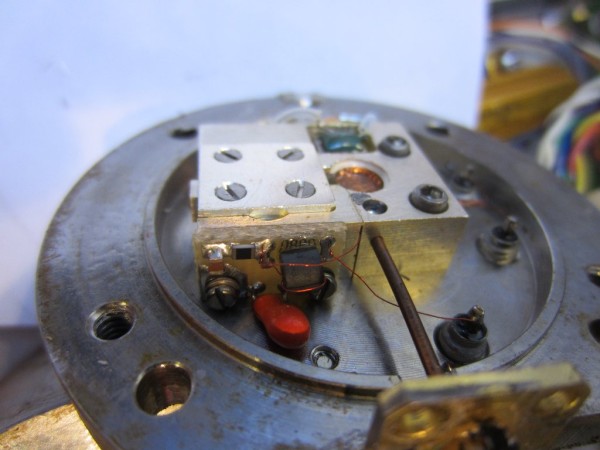 Dissembling the YIG oscillator was a bit more involved. I first had to take off the mounting screws and unfasten the directional coupler (see teardown images in my previous post) in order to get it out of the RF assembly. Then I had to remove the mounting screws holding the two halves of the cylinder together. The SMA connector also needed to be removed as it was used to hold the top and bottom covers together.

One quick fore note: this is my first Instructable and my first large Arduino project, so if you see any stupid...