To Learn about the basic LED usage practice, read here.

What is a RGB LED?

With an RGB (Red Green Blue) LED you’ll be able to produce any colour that is flashing everyone’s eyes. At first glance, RGB LEDs look just like regular LEDs, however, inside the usual LED package, there are actually three LEDs, one red, one green and yes, one blue. By controlling the brightness of each of the individual LEDs you can mix pretty much any color you want. 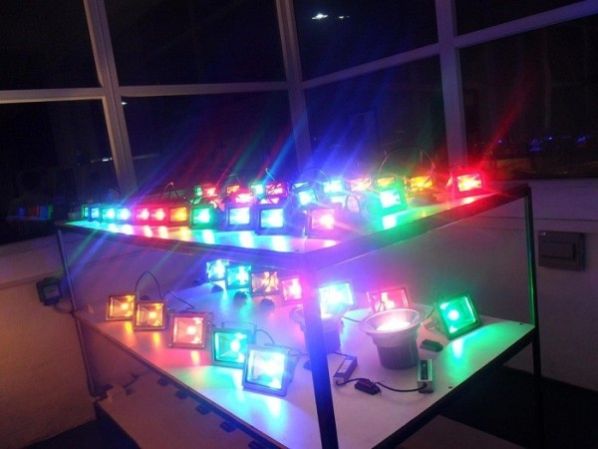 To Learn about the basic LED usage practice, read here.

At first using an RGB LED with Arduino seems quite complex, but it quite quickly becomes clear that its no more difficult than controlling one of their single colour counter parts.

We mix colors just like you would mix audio with a ‘mixing board’ or paint on a palette – by adjusting the brightness of each of the three LEDs. The hard way to do this would  be to use different value resistors (or variable resistors) as we played with in lesson 2. That’s a lot of work! Fortunately for us, the Arduino has an analogWrite function that you can use with pins marked with a ~ to output a variable amount of power to the appropriate LEDs.

Required Parts for this Tutorial: 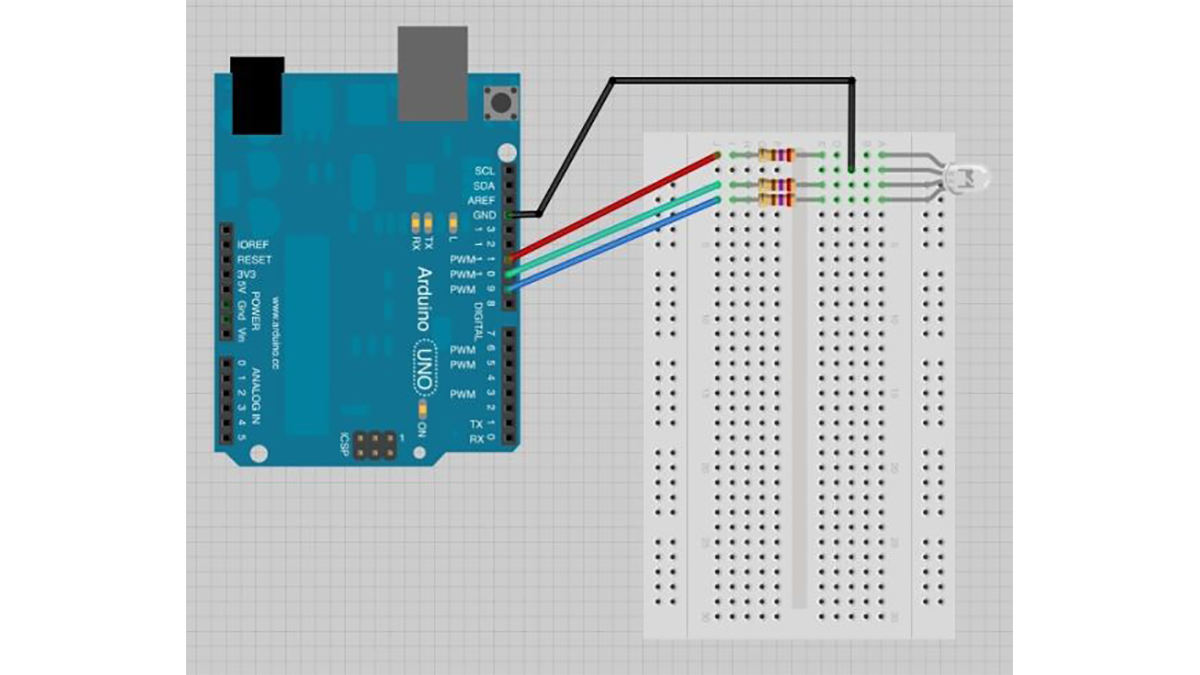 How to Connect RGB LED with Arduino

For testing purposes, check your LED datasheet for its pin-out or below are the two most common RGB LED form factors and pin-outs. The following is an example:

Wire up the Test Schematic (below)

Each LED inside the package requires its own resistor to prevent too much current flowing through it. The three positive leads of the LEDs (one red, one green and one blue) are connected to Arduino output pins using these resistors.