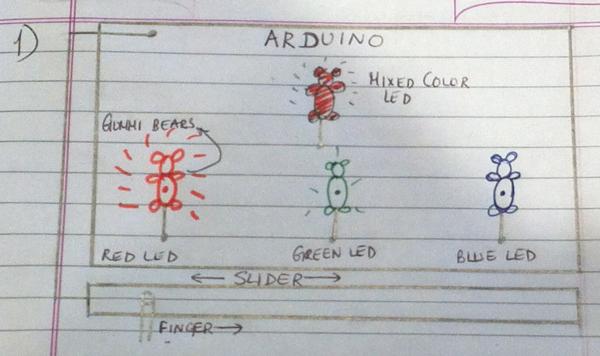 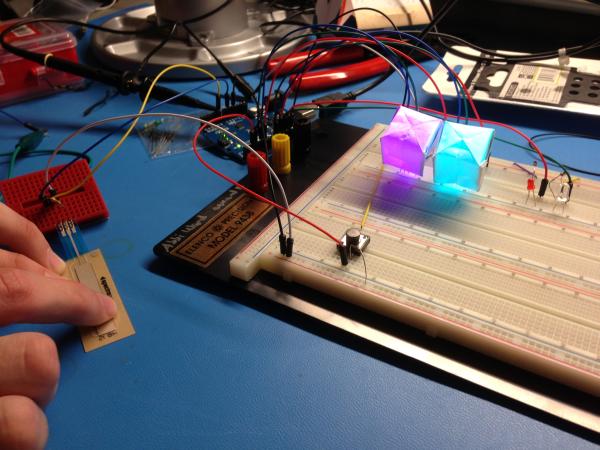 The game then resets and repeats. There is no score, or meta-game these can be added to later models if desired. The difficulty of the game can be adjusted to change how closely the colors must match. This first model of the game was built with a sensor which was not ideal for the task – the resistance characteristic is exponential rather than linear depending where the user presses on it. The controls were adjusted to correct for this, but the next model should be built with a sensor with a linear characteristic to improve the feel of the user’s controls.