We’ve already seen artificial skin capable of sensing touch and prosthetics that sense texture, but now a group of Korean scientists has come up with a stretchable electronic skin that “feels” in three dimensions. The artificial skin is made from arrays of microscopic domes that interlock and deform when pressed. It can detect the intensity, location, and direction of pressure, whether from an object or a mere gust of wind. 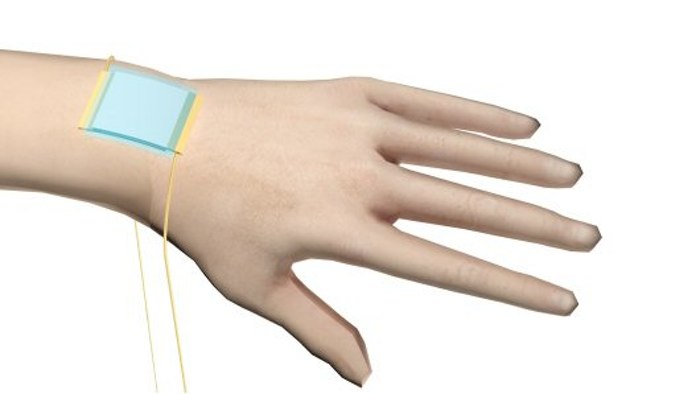 The researchers took their cue from the interlocked microstructures found in ridges in human skin, which enhance our body’s perception of stress forces such as shear, strain, vibration, and heat. They mimicked this design with two interlocked carbon nanotube composite films patterned with surface microstructures of hexagonal microdome arrays. These arrays deformed in different patterns depending on the type of force applied, as well as its magnitude and direction.

The researchers attached the arrays to human skin in the arm and wrist areas and found that while the electronic skin wasn’t as accurate or sensitive as human skin it could nonetheless distinguish between different types of wrist movement and touches or pokes of the finger in either perpendicular or shear (think of having your fingerprint taken) orientation. It also responded to stretching, twisting, and temperature forces, as well as vibration caused by air flows.

For more detail: Electronic skin can sense the direction in which it’s being touched