Power management in portable devices is one of the toughest challenges faced by electronic engineers. 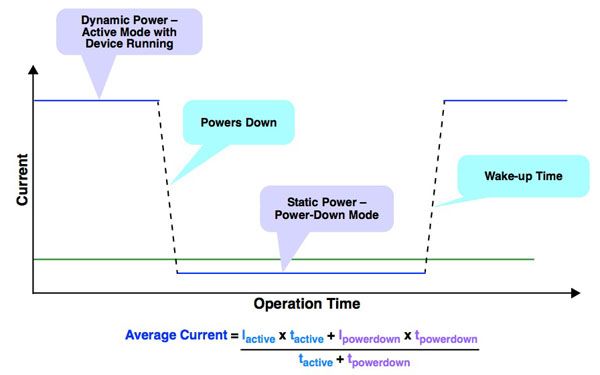 The consumer demands instant response from their device, lots of functionality, and a large, bright and colorful touchscreen. Moreover, many of these portable devices now incorporate wireless connectivity that places further demand on the cell. And yet, the user expects the battery, a sensitive lithium ion (Li-ion) cell that requires careful recharging from a number of sources including USB sockets, to last for at least a day and then refresh quickly.

Designing a power management system to meet these conflicting problems is tough. However, there are some proven design techniques that help extend battery life. Moreover, the key semiconductor vendors have made life a little easier by offering power management units (PMUs) that integrate some, or even all, of the functionality needed for the efficient power supply of portable devices.

This article offers some design guidelines for minimizing energy consumption in handhelds and then highlights the latest integrated PMUs from Digi-Key suppliers.

Li-ion cells, the mainstay power source for high-demand portable devices, have improved in energy density (energy capacity/volume) by only about seven percent per year since they were first commercialized in 1991. Compared to the rapid increase in silicon chip performance, that is a snail’s pace. Nonetheless, lithium-based power for portable devices is particularly appealing for two key reasons: Lithium is the most electropositive metal (i.e., it exhibits a high positive charge), lending itself to batteries with higher voltages than other rechargeable types (around 3.6 V compared to 1.2 to 1.5 V for nickel-based batteries); and it is the lightest metal (only two elements, hydrogen and helium, are lighter) allowing the storage of more energy per kilogram than most other metals (around 3,900 Ahr/kg compared to 260 Ahr/kg for lead).¹ Other benefits include thousands of recharges and no occurrence of the “memory effect” that plagued early nickel cadmium (NiCd) rechargeable cells.

However, the fragile tendency of Li-ion batteries to overcharge imposes stringent recharge requirements. It is not just overcharging that is the problem, though. Even slight undercharging significantly reduces capacity. Consequently, designers aim to charge the cell to within one percent of its optimum full-charge to get the most out of this type of battery. (See the TechZone article “A Designer’s Guide to Lithium Battery Charging.”)

Squeezing out the power

Minimizing power consumption to make the most of a Li-ion battery’s finite capacity has become something of a mantra for portable equipment designers. However, the key to extending battery life is to appreciate that a cell is an energy-storage device. If a design uses that energy sparingly, the battery will last longer. Reducing power consumption often does reduce energy consumption, but that is not always the case.

Digital chips burn both static and dynamic power. The static power comprises things like bias currents and transistor gate leakage (Figure 1). Dynamic power consumption occurs during normal operation and includes the current used for switching CMOS circuits (“switching loss”) and the bias currents for the active analogue circuits of the device, such as analog-to-digital converters (ADC) or oscillators.

Wear is an affordable, attractive, lightweight wearable assistive directional microphone designed to improve quality of hearing. Wear is an assistive...