A  very easy tutorial that uses only two components. The Arduino plays a short melody on a loudspeaker. The program to load to the Arduino is one of the programs that is built into the Arduino IDE. 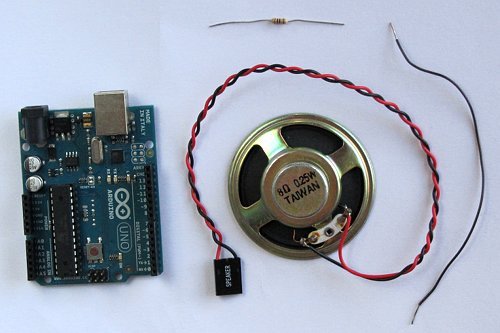 Complete tutorial 3 – Starting with Arduino and its prerequisites before attempting this tutorial.

Besides an Arduino Uno and wire link, you will need:

The required components are shown in this photo: 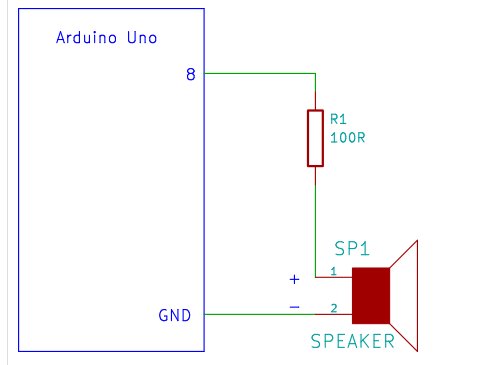 Start by connecting the negative speaker terminal (black wire) to a GND pin on the Arduino. Note that it is not necessary to use a breadboard when using a speaker that is taken from an old PC as it has a connector that a single core wire can be plugged into.

The program to load is one of the built-in Arduino programs. Open it from within the Arduino IDE under:

Load the program to the Arduino and the melody will play immediately after loading. To play the melody again, press the reset button on the Arduino.

This project can be found on the Arduino website.

The Reflow Master Shield from Paladin Enabling Technologies is an Arduino shield that turns your normal toaster oven into a...