A two transistor circuit that flashes two LEDs on and off alternately. 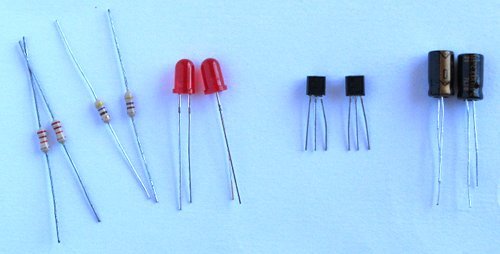 In addition to an electronic breadboard, wire links, a 9V battery and a battery clip, you will need:

The required parts are shown below: 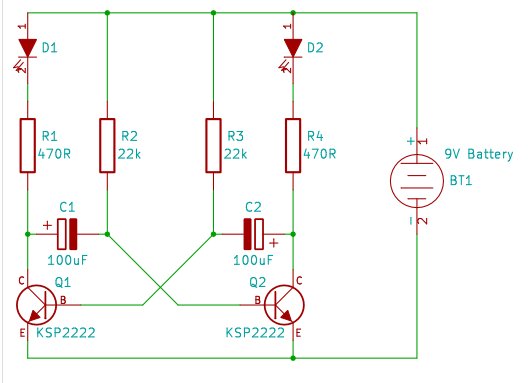 Insert the two transistors into the breadboard with the flat face pointing down as shown in the photo. Use wire links to connect the emitter of each transistor to the bottom rail. Get the two LEDs and the two 470 ohm resistors ready.

Connect one end of a 470 ohm resistor to the collector of each transistor. Connect the other end of the resistor to a tie point on the other side of the breadboard center channel.

Connect an LED to each resistor as shown below. The anode of each LED is to be connected to the top rail of the breadboard.

Get the two 100uF capacitors ready.

Use wire links to connect the base (middle pin) of each transistor to the negative lead of each opposite capacitor.

Power up the circuit using a 9V battery.