Who doesn’t love playing with RC cars and Robots. Not only playing, engineers and enthusiasts like us love to build and experiment with these stuffs. Also its fair to say that RC’s and Robots have became more than just toys, they already have started to integrate into our life slowly. But to take this to another standard we have built a Gesture controlled car using the most powerful development board Arduino. Let’s see how to build your own gesture controlled car. 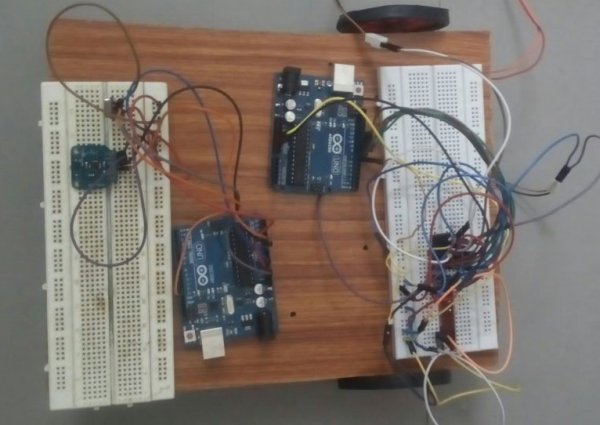 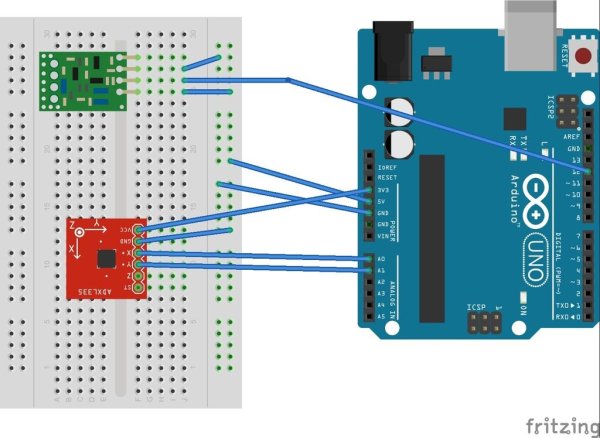 This forms the basic constituent of our gesture controlled car. This basically is an Accelerometer which is capable of detecting acceleration in three axis X,Y and Z. The output of these three axis can be obtained separately from three pins x,y and z. This is shown in the above circuit diagram (I have used only X and Y axis for this project) . Read briefly about interfacing this sensor with Arduino here.

The arduino board in the transmitter part acts as an interpreter. This fetches X and Y values from the accelerometer and then decides the gesture. There are five gestures or movements we have used in this project. By trail and error method we have recorded the X and Y values for the gestures, those are

Based on the above conditions the Arduino will decide the movement and send it to transmitter.

This is one of the popular plug and play RF module which comes with a RX pair. It transmits the command received from Arduino and transmit it to rx module at a frequency of 433Mhz.

ou, who are at production of electronic devices, know, how important is a choice of a suitable solder. A designer...