PIR sensors are widely applied in wireless residential security systems, home alarms systems and many more security circuits as motion detector sensors. A typical PIR sensor detects the infrared red (IR) waves from human body and so it is also known as ‘human sensor’. It would be wonderful if we interface PIR sensor to Arduino to get some cheap home security systems, isn’t it? How to Interface PIR Wireless Motion Sensor with Arduino?

Previously we had shared some alarm systems for home circuits built around discrete components. Here let me show you an Arduino PIR motion sensor for the best home security system. We will be covering interfacing of PIR sensor to Arduino, Arduino Programming and circuit schematics. 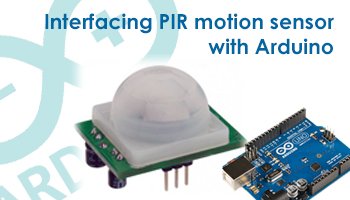 Our home security equipment detects human movement and turns on the light with a beep sound. Here for demo purpose I have used LED. This project can be extended for automatic doors, security systems and automation systems, automatic lighting floor, basement, porch, bathroom, warehouse, Garage etc.

I will try to give those projects in some of the upcoming articles. Now let’s start home security monitoring project with Arduino and PIR sensor. 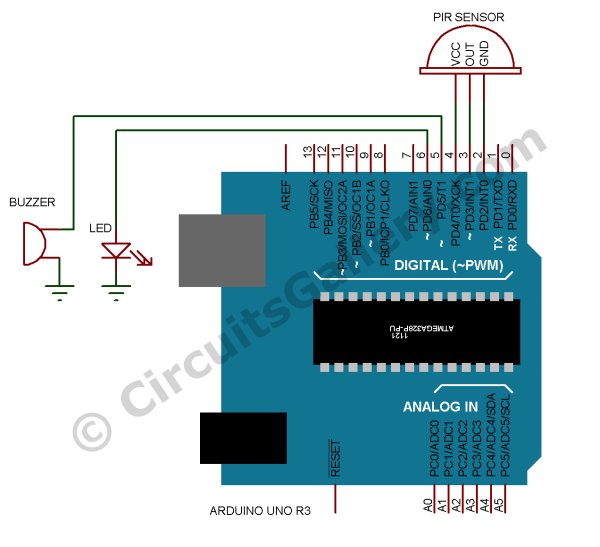 If we want to switch ON light and Fan when a person enters into the room, connect pins 5, 6 to relay through transistor

The Arduino code for above project is available in our program store. You can download the program codes from our CG_Program_Store.

Installation of our Arduino based home security systems DIY is quite simple. Extend the probes of PIR sensor and place it somewhere you would like to create a security area. Any human/ animal interaction can be monitored and alerted by our PIR sensor and Arduino. Now what else? Does your Home alarm monitoring services run in real time? Please share home security systems reviews in the following comment box.