The Android phone that stays in your hand most of the time is useful in many other applications apart from Whatsapp, Facebook; appliances; monitor your health parameters. How it would be if it can control a Robot, which can assist in your daily work. With this project you can make a robot that can be controlled by an Android Phone, over Bluetooth Communication. 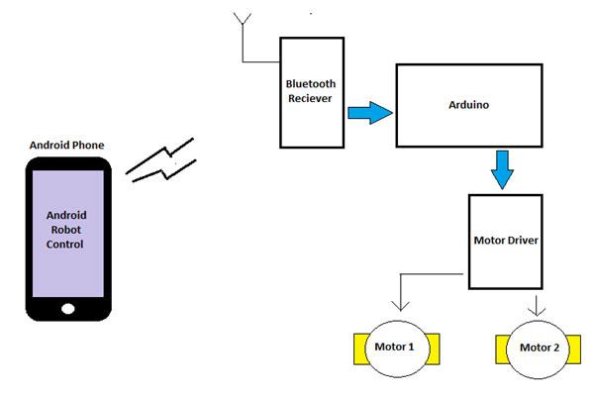 The robot is built around Arduino interfaced with a Bluetooth receiver to receive commands from Android Phone.

The basic Block diagram of the system is as:

The operation being very simple, as the app on the phone transmits data serially over a Bluetooth connection established between it and the receiver. 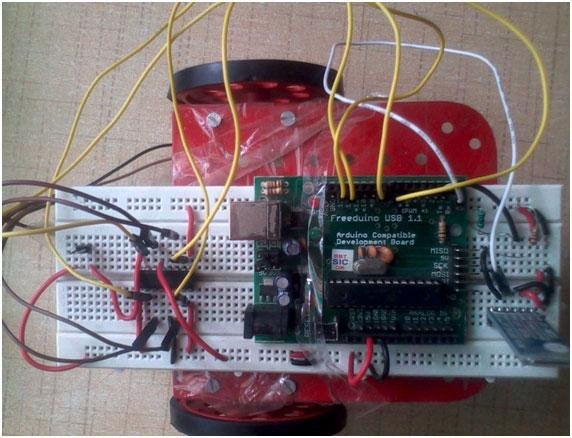 The commands are received and are processed according to the program fed into Arduino, upon which the further controlling is done. Motors are given instructions, in the way user commands them through his phone.