Control Two LEDS with an Arduino and bitVoicer

I’m using bitvoicer you can get it here

So I’m doing this with as little parts as I can, here’s the list: 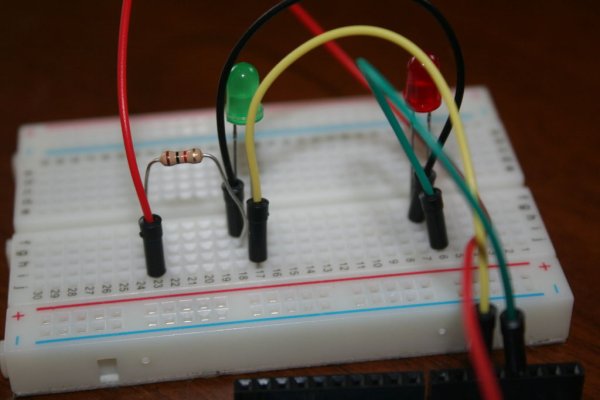 Computer Mic(you can use a microphone

Ardunio (I’m using the UNO but any kind will work)

bitVoicer you can get that here

Step 2: How to setup your LEDs

Place 3 jumper wires in pin3 (the red LED), pin5 (the green LED) and Gnd on the digital side of the arduino.

Set up your breadboard so that the cathode(negative) sides of the LEDs are connected to a resistor, and then to a common ground. Doing it this way means we only need a single resistor and ground pin. The other legs (Positive) of the LEDs should be in pin 5 for the green LED, and pin 3 for the red LED. Good now we got the LEDs connected to our arduino. Now we’ll go on to coding 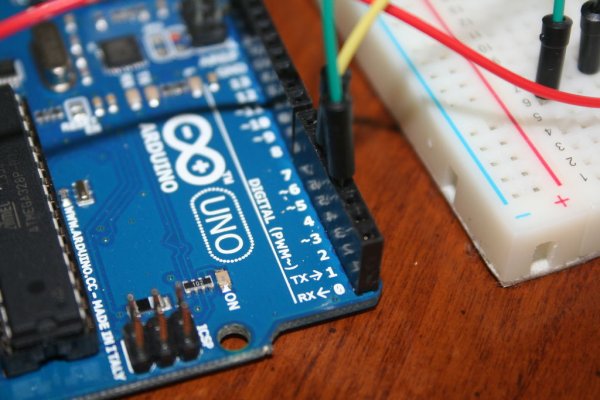 Plug your computer microphone in and start the voice scheme in bitVoicer.

It should work great.

For more detail:  Control Two LEDS with an Arduino and bitVoicer

In the past few months ESP8266 has created a real revolution in the IoT space. I’m using it in a...