This project was inspired by this video from YouTube and the Pendulum Challenge Kit from Makershed.com. Its a simple game consisting of five LED lights and one pushbutton switch. The LEDs flash in a sequence and the player must press the button when the middle LED light is lit. The speed at which the lights flash increases until the player presses the button at the wrong time.

Don’t forget to rate this ‘ible!

Solder jumper wires to the button 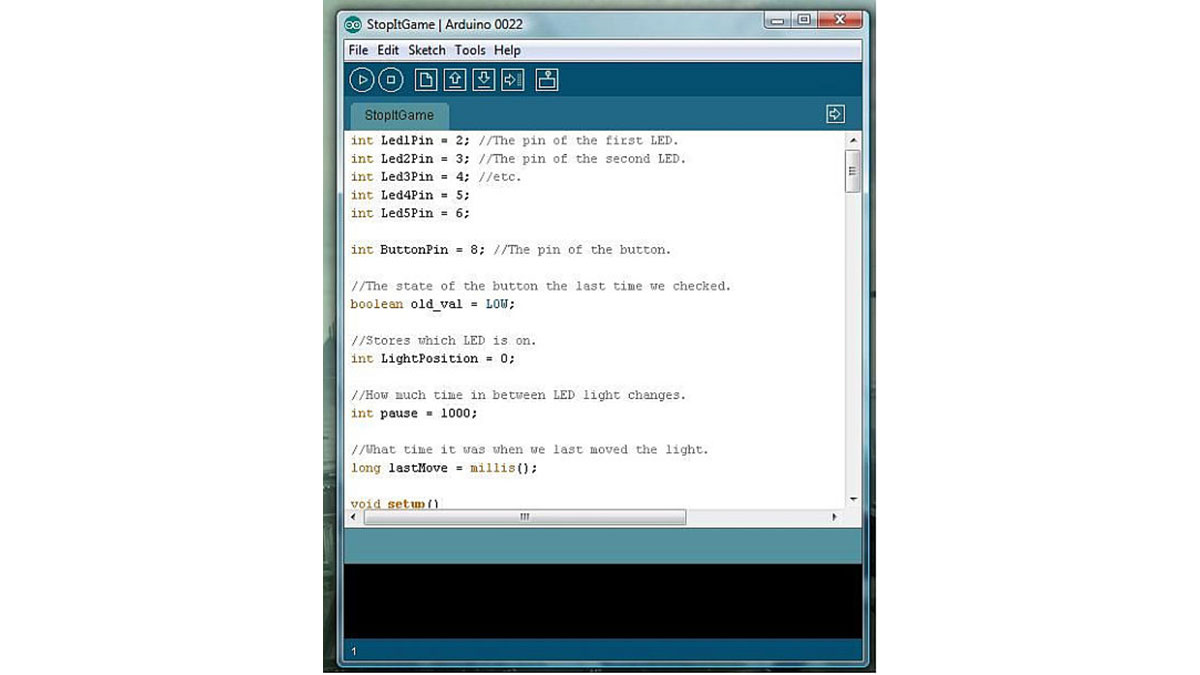 Use your soldering iron to attach jumper wires to the button. Make sure you have strong connections that are not touching.

Program the Arduino board

if you have not set up and configured the Arduino software on your computer, you need to do that first. This is a good guide.
Download the attached Arduino Sketch file.Plugin you Arduino to your computer.

Open the sketch in the Arduino software.

Upload the sketch to your Arduino.

Make sure your setup matches the pictures.