This instructable primarily shows how to control the charging voltage from a solar panel to an energy storage device (capacitors in this case).

I showed how to construct the light previously http://www.instructables.com/id/Human-Powered-Light-from-my-book-Doable-Renewab/ 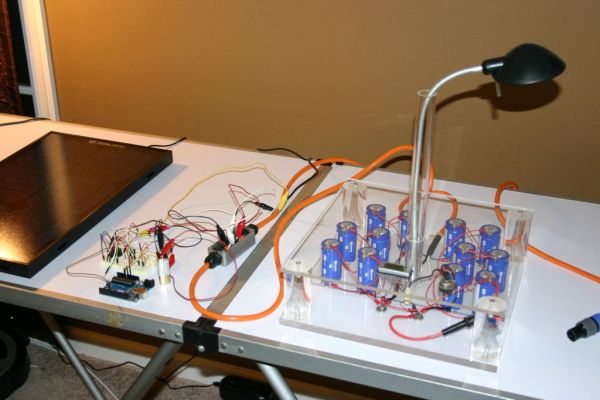 This solar panel can produce up to 18 volts, but my capacitor bank should never receive more than 15 volts.  I want to stop charging at 14 volts–just to be on the safe side.

To accomplish this, I use an Arduino microcontroller which controls a relay.  The relay controls power into the capacitor bank.  Initially, the Arduino is off and the relay is open–no power to the capacitors.  I push a button, which energizes the Arduino and starts its program. (I use the button so that the Arduino is only drawing power while the capacitors are charging–in this situation, I charge for about 10 minutes to get one hour of run time on the light). 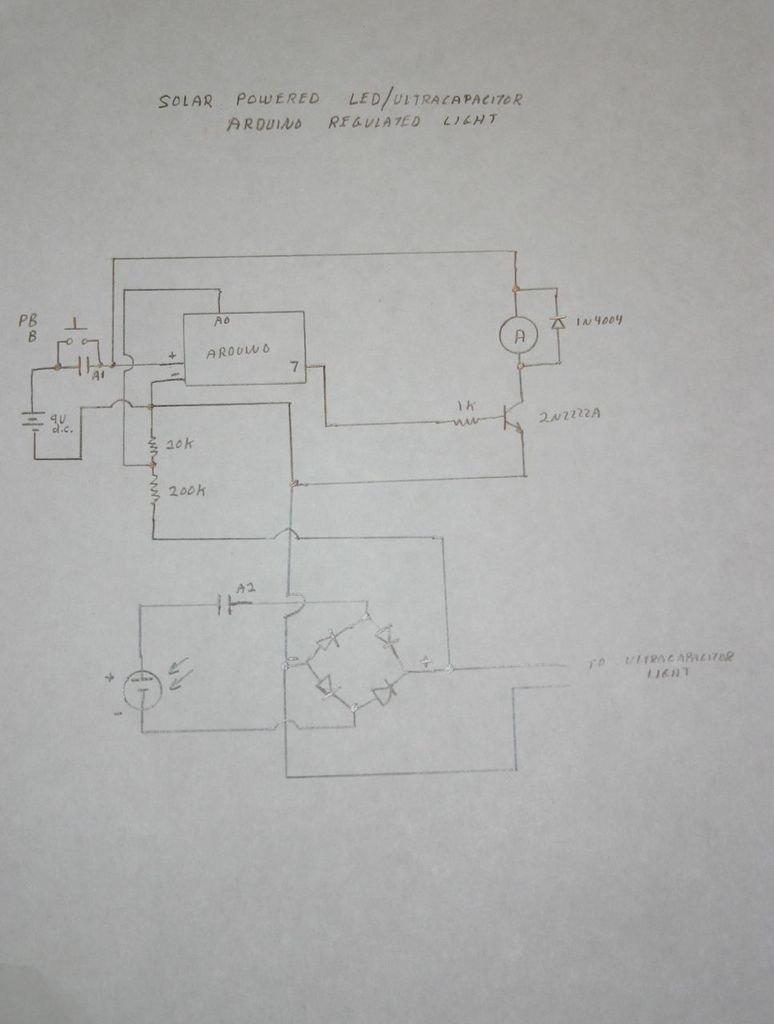 As you can see, the program is rather short.  The “valm>239” is what causes the Arduino to shut off the relay when 14 volts is achieved.

I developed the camera trigger unit in order to synchronize various events and actions during free-flight experiments with hawkmoths in...