This project used the Si470x FM radio receiver and an ardurino to make an over the counter kitchen radio. These parts had been purchased for a different build that unfortunately met a premature end. 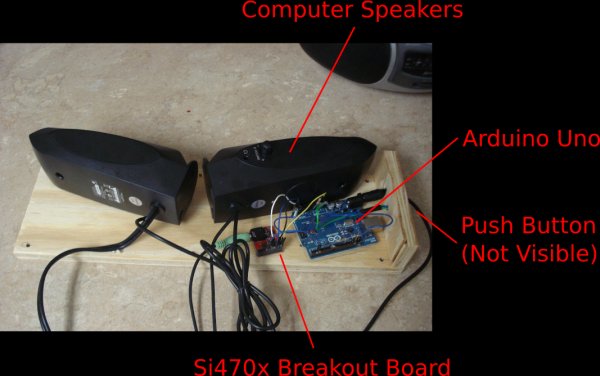 The concept for this project is simple. Play my favorite news and music radio stations while having a form factor that does not take up space on the kitchen counter. I have a small push button that toggles between pre-selected news and music stations built into the side of the radio.

Electrical connections for the push button that toggles through the different radio stations is shown in the figure below. The I/O pin is connected to arduino D7.

All of the components were hot glued to a small piece of 1/2″ plywood. 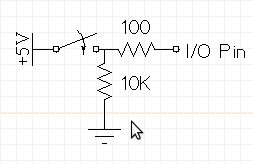 Here is the arduino code that makes it all tick.

For more detail: Over the Counter Kitchen Radio using Arduino

UPDATE: adding a light sensor to the device. The idea behind this project is connect some sensors to the Raspberry...