The initial project, and certainly the one to which many were inspired is that of Doug Jackson.
http://www.instructables.com/id/The-Word-Clock-Arduino-version/ 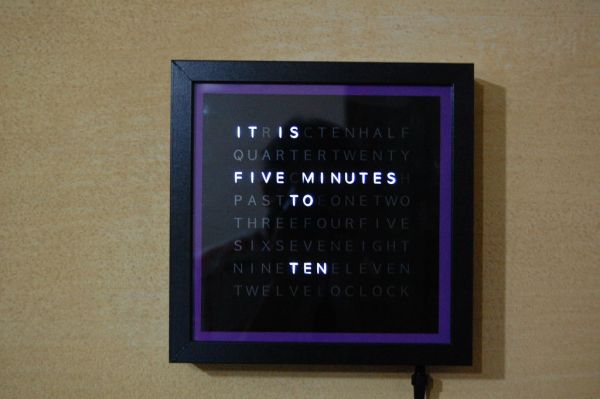 The list of materials for the board depends on how you plan to make the electronics, if you want an Arduino standalone or an Arduino UNO or 2009, however, this is what I used.

Step 2: 1) The Materials- LED and resistor

To realize the proposed scheme are needed:
98 White LED
98 Resistor 470 ohm
Why 470?
I chose these resistors for this reason:
LED (ultrabrightness white)  http://www.robot-italy.com/product_info.php?products_id=421 forward v is 3,3v and 25ma
,the clock will run to 9v and i want that the led will be drived at half current 12,5ma (no needs too much brightness), so:

On the web and on Instructables  you will find several examples , these are the materials I used for my own PCBs, I plan to switch directly the ATMega 328 bootloader included  with that my own Arduino UNO.

Step 5: 3) The Materials – other electronic part 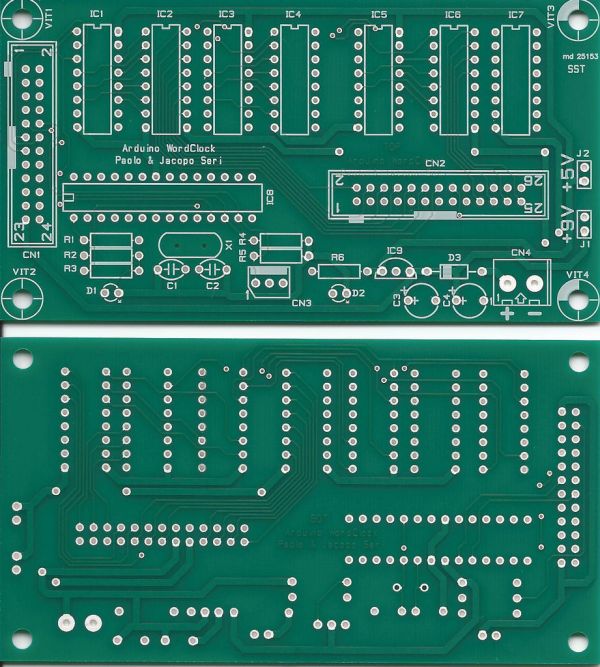 For more detail: My Arduino WordClock

The wife is into raising chickens and now that the daylight savings is getting near she wanted a way to...