Control an iPod with the Arduino

This tutorial will describe a way of controlling an iPod remote, and thus, an easy way of getting some music and sound out of your Arduino project. The remote we used was an unofficial remote I found on the worldwide auction site for around 10 USD, an opto-isolator can be found in your local electronics store.

We used a TIL116 opto-isolator between the Arduino and the remote to safely send signals in between the two. The remote works by you pushing a button which closes a circuit and that is interpreted in a certain way by the iPod. What you need to do is to send a pulse to the opto-isolator that makes it close the button-circuit, and then open it again. Depending on what you want the iPod to do, you need to send a longer or shorter pulse, i.e.. a long pulse sent to the play/pause button will shut the iPod off, a short pulse will play/pause the track. 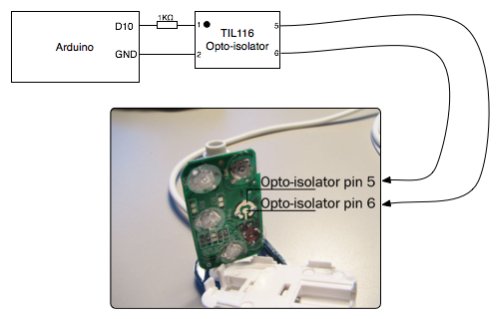 For more detail: Control an iPod with the Arduino

This is a project based on Arduino board which can measure the unknown resistance values and perform diode test and...