Today, I made a small 3x3x3 LED cube with an ATtiny2313 that I had from about 2 weeks ago. Whenever I had to reprogram the LED cube when I thought of more awesome patterns, I had to get out my breadboard and then wire up everything again referring to pin-outs of ATtiny2313 and make sure everything is connected right and then finally upload the new code. 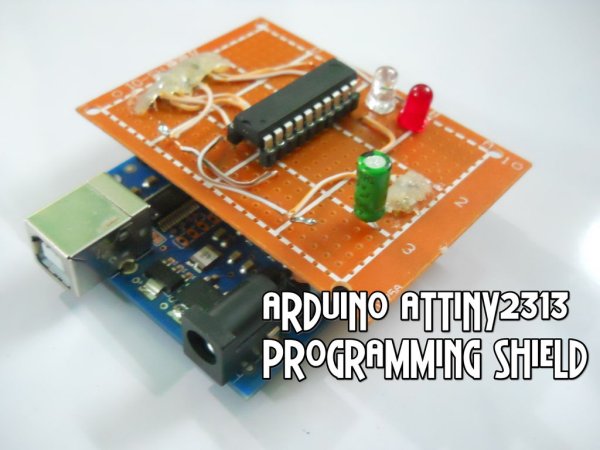 So I went on to eBay and amazon searching for something to program these chips as I was planning on using these chips a lot in the future. After spending about an hour I just realized I was wasting my time as there was no way I was going to spend about 20-30 dollars on a simple shield.

After thinking for a bit, I decided to make a simple and easy to make, ATtiny2313 programming shield, after I made it, all I needed to do to recode any of my attinys’ is to just put it in the programming shield and just in a few clicks you have your code uploaded! No need to worry if everything is wired right and make sure there are no short circuits or anything that can short out the chip and fry it or anything else of that sort.

So now in this instructable I will show you how to build one of these shields for yourself!
It costs almost nothing and takes only about 30mins or so to make it.

So lets get started!

Tools required for this project;

Make sure you keep the pin-out diagram of the ATtiny2313 next to you when wiring up everything to avoid any forgetful errors that may occur.

(Pin-out of ATtiny2313 Taken from http://blog.williambritt.com/uploads/attiny2313-pinout.png) 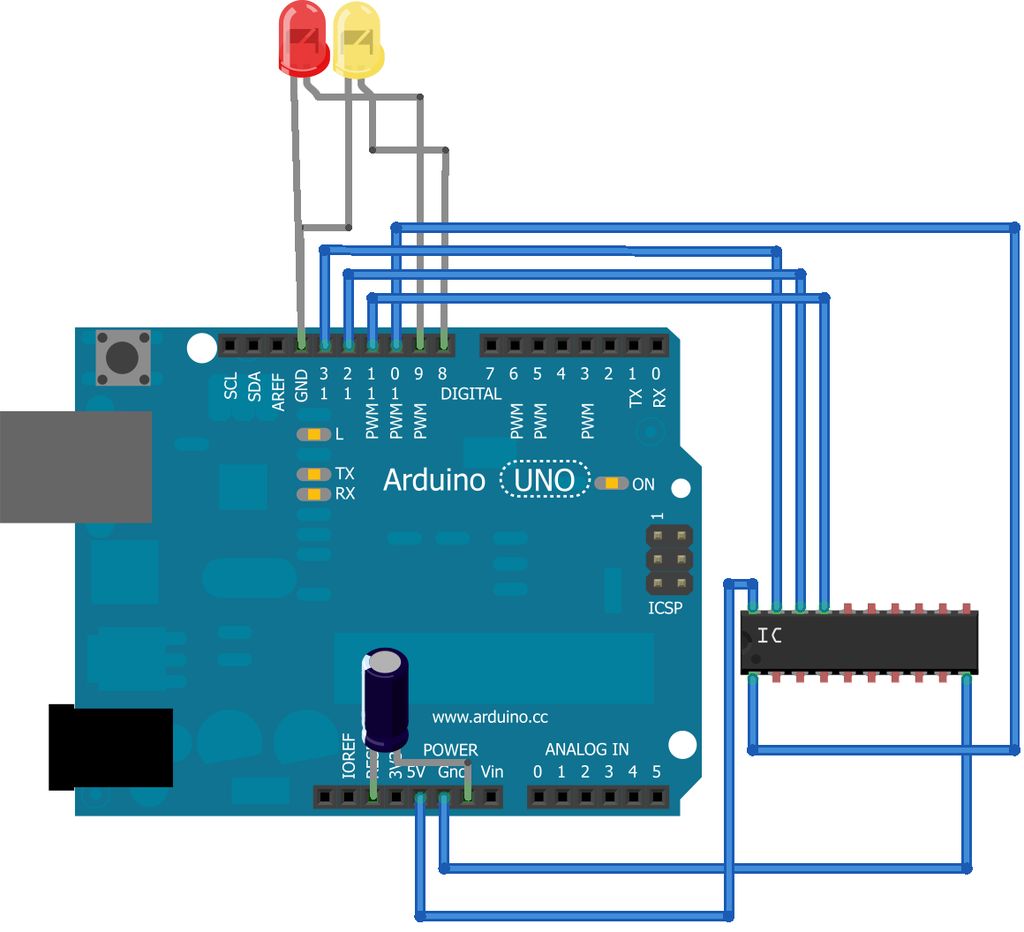 Step 3: Working on the actual shield

Then add the 2 LED’s and the capacitor and connect them according to the pin-out as well, make sure the capacitor is attached the right way if its a polarized capacitor.

Then once everything has been wired up connect it to the arduino and upload a test code to make sure everything works fine (Instructions on how to do this on the next step), then once the testing is done you can add some hot-glue around the solder joints to make sure they are firm and don’t make any sort of wrong connections. You could also use some electrical insulating gel/glue.

Materials required for this project;