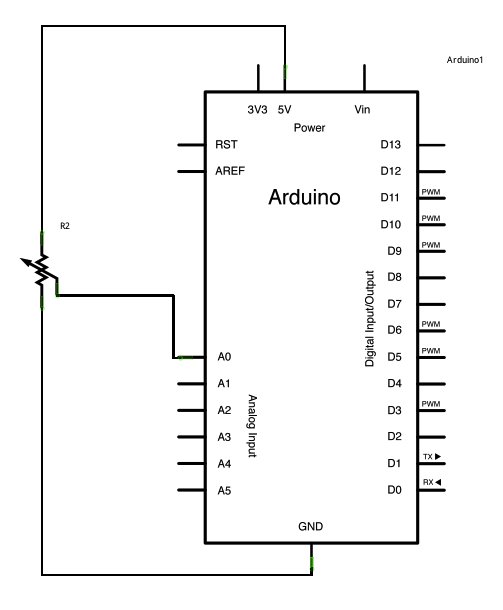 In the program below, the only thing that you do will in the setup function is to begin serial communications, at 9600 bits of data per second, between your Arduino and your computer with the command:

Next, in the main loop of your code, you need to establish a variable to store the resistance value (which will be between 0 and 1023, perfect for an int datatype) coming in from your potentiometer:

Hack a voice changer to add an Arduino input

Another quick hack. I purchased a voice changer because I was looking for something cheap that could be hacked into...