**DISCLAIMER**
I do not and will not take responsibility for anyone who gets in trouble for this, by either imitating emergency personnel, or using without a permit/lisence.

As promised, this is the ATMega 2650 version of the police lights I originally did on my Duemilanove.

What you will need: 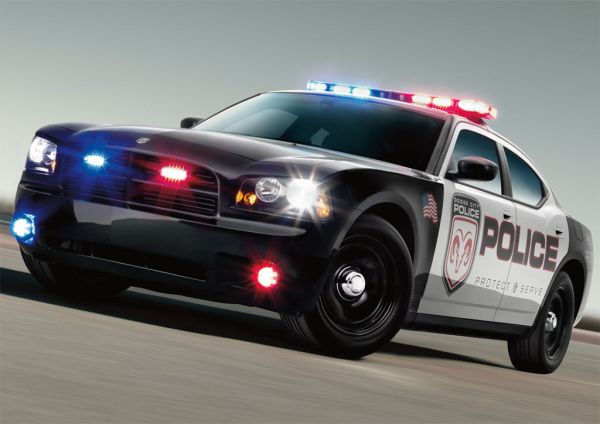 Optional:
You can use transistors to use a lot of lights and not have to have as much code, or as many outputs being used. Just replace the LED’s with the transistors you want to use. I plan on using blue LED light strips with transistors to make this as easy as possible.

Or even use shift registers and have a HELL of a lot of LED’s hooked up.

Considering you have installed the MEGA drivers and can program it, I will show you how to make awesome looking police lights.

You will notice that the way I hooked it up looks a little weird, don’t fret. I have it programmed to use these pins so you don’t have to figure them all out.

I know I don’t provide a schematic, but it would be a HUGE pain to draw one up, and it would not look very good or understandable with this many outputs. I figured you can see how to hook it up enough to actually hook it up. Follow my Duemilanove version if you can’t figure this out. This is just double the outputs of what that is.

Now that you have it all hooked up, you will want to paste the code into your Arduino IDE. You can change this code any way you want to make it look more like police lights, or even like an oversized Nightrider if you use all red LED’s. So feel free to modify it, you don’t have to say that I wrote the code, just mention me for giving you the idea or the base to branch your project off of. 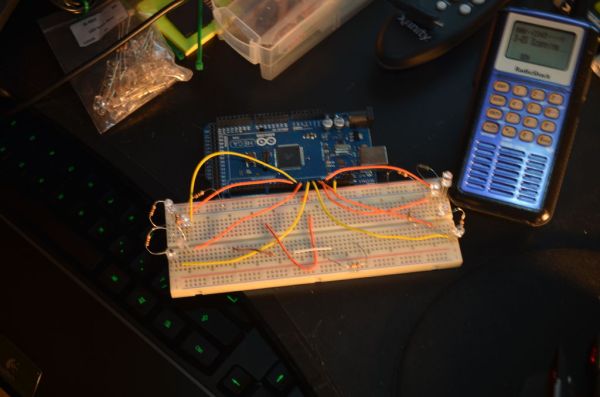 Feel free to mess with the timings, or how many cycles it does of each to your liking.

/*
This sketch will flash 8 LED’s in certain patterns. The “for” statement really helped cut down on the code (It cut the size in half).
This project is meant for the blue lights I will be using in my vehicle as a volunteer firefighter, so the variables are named as such.
*/

//For the lights in by the rear-view mirror, just use the outputs for the REAR LED’s so it looks awesome, and you don’t have to use 4 more outputs.