Last March, Alexandra Deschamps-Sonsino registered a new limited company in London, and booked a booth at CES, the consumer electronics trade show, taking place 10 months later. She had no team, and only a dated prototype product that she had designed back in 2005.

“I thought what’s the biggest kick in the ass that I can possibly give myself? And that’s paying £8,000 for a booth in Las Vegas.” 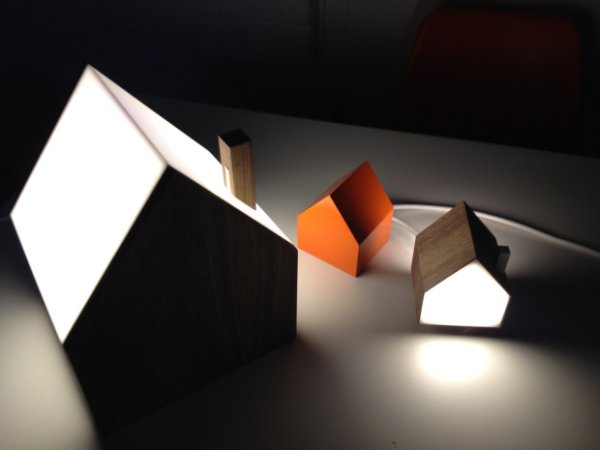 The product, which now bears little resemblance to that original design, is called Good Night Lamp. It’s a light in the shape of a house, that connects to your home wi-fi network, and through that to its family of smaller, connected lamps which you can give to friends and family around the world. When you turn your big lamp on, so do the little ones, wherever they are. It’s a simple way of communicating to loved ones living remotely.

A balance between simplicity and hackability

Alexandra is well-known in the UK and abroad as a figure in the internet of things (IoT) community. Her twitter name, @iotwatch, rather gives it away, and she’s taken on a role as an IoT catalyst and enabler, organising the London Internet of Things meetup, amongst other community-focused activities. And the Good Night Lamp sounds like a classic IoT product. But Alexandra prefers not to talk about it that way:

“I don’t tell the internet of things story to potential customers. Because it’s not essential to an understanding of what the product does. I tend to skip beyond that. I tend to tell stories around the Good Night Lamp that are far more about feeling connected to someone when they’re in a different timezone; feeling connected to someone who doesn’t have as much technology literacy; enabling people to sync up whenever they’re available to talk to each other.

“In a way the technology is boring; what we’re doing isn’t rocket science. People just forget about the magic of how it works, they just go, oh yeah, my mum lives in another country and actually that would be super-handy.”

The stories she tells about Good Night Lamp are shaped by the vision she has for the lamp. It’s a domestic product, rather than a gadget or a computing device:

“That’s another thing that informed the materials we’re using: wood, plastics; it feels like a very warm product, as opposed to something that’s extremely shiny, like a gadget. It feels closer to Ikea than it does to Apple,” says Alexandra. 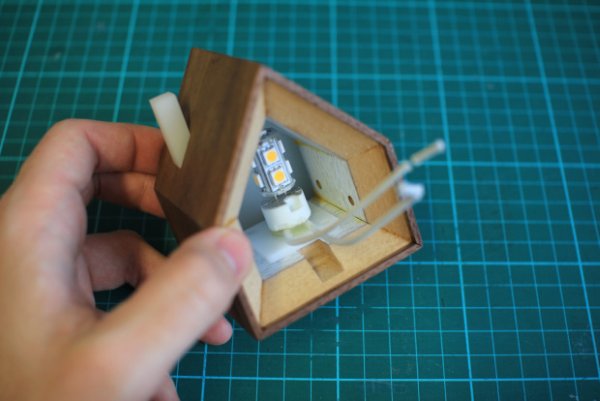 Good Night Lamps on the workbench

That’s not to say she isn’t aware of the benefits of making the device hackable, rather it’s about finding the right balance, focusing on the core customer, while catering to other groups, like geeks and makers.

“If there’s a case for it to do more, I’d rather it came from people who take it apart and do what they want with it. Rather than try to build too much complexity into a product that naturally should just be able to do one thing, and one thing really well.

“We’re going to hide in a whole bunch of things, technological Easter eggs as it were, for someone to just figure out, things like building on top of an RGB LED but just using it on white, and then letting people go, ‘Oh wait, I can do colour signalling; I can connect it up to GitHub so when I get a ticket, or someone forks my code, or something happens I get a little red house,’ say. And an API’s absolutely on the cards.

“Those are things we’ll never talk about on the packaging of the product, but we’ll definitely build in.”

Scientists have come up with a way of creating sensors which could allow machines to smell more accurately than humans....