Yesterday I was going to start watching a movie, when me and my friend pedro decided to give up on the movie and build a binary clock. After sometime thinking on how to program it, we made it. It works beautifully, so I decided to show here how I’ve done. It may not be the easiest way to make it work, but that’s what we’ve done. 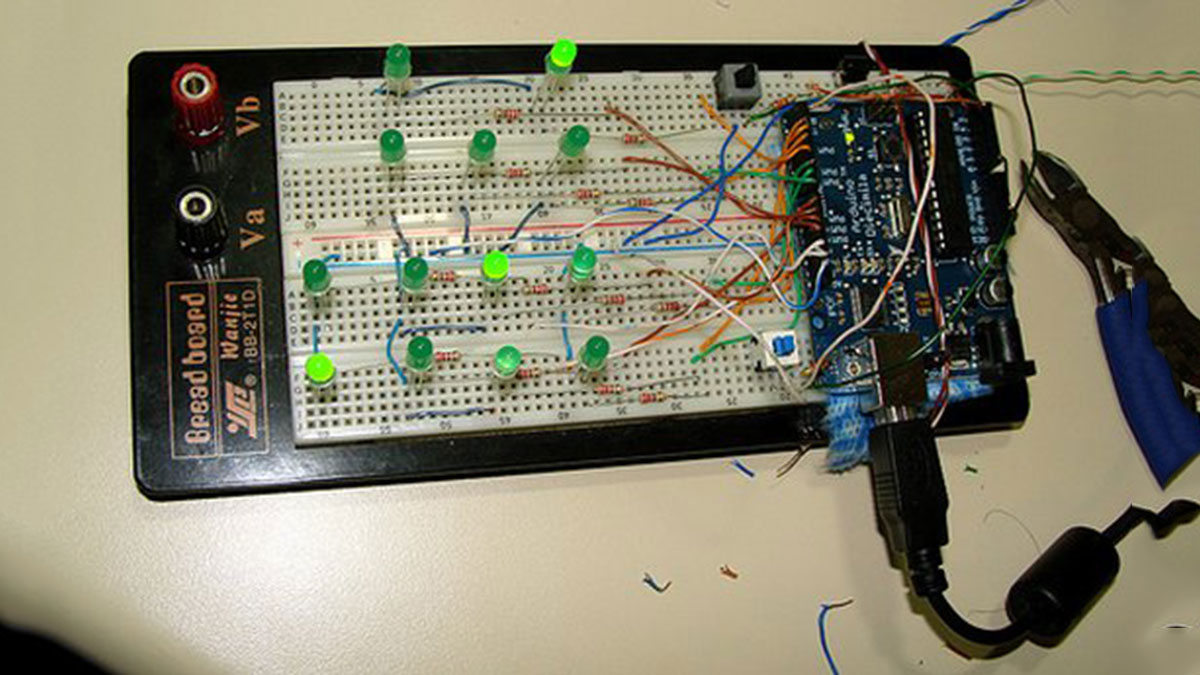 Well, this is a quite simple circuit, but can be tricky for some people, so I will try to explain how it work and how to assemble.

I think with this images you can understand how it will work. The leds which are on, you just need to sum the numbers, and it will give current time.

Assembling
To assemble the circuit, you will need to connect first the resistors and leds. To do it, just hook up leds + resistor from the pin 1 to 13. Remember that the bigger leg of the led is positive, and need to be connected to arduino output pin, and the other leg should be on the ground. 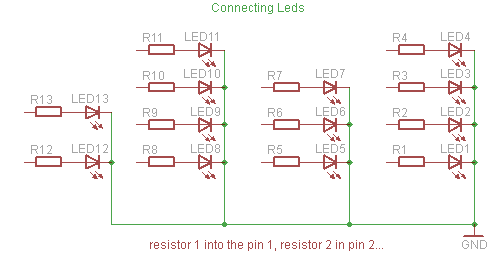