Speed control of DC motor with PC Interface is an easy DIY project. In this project DC motor’s speed is controlled by sending the command through PC. Arduino is directly connected to PC through the USB cable and command is given to Arduino on serial monitor of the Arduino IDE.

Arduino is connected to PC through the USB cable. We can send the command to PC on the serial monitor. We can change the speed of motor from 0 to 9. When 0 is sent over the Serial Monitor, the motor runs at minimum speed (that is zero). When the speed is varied from 1 to 9, the speed increases, with the value 9 set as the maximum speed of the motor.

A PWM DC motor controller technology is used to control the speed. In PWM, the Arduino sends a pulsating wave that is similar to astable mode of 555 timer IC.

Microcontroller and Arduino are digital devices; they cannot give the analog output. Microcontroller gives Zero and ONE as output, where ZERO is logical LOW and ONE is logical HIGH. In our case, we are using 5 volt version of the Arduino. So it’s logical ZERO is zero voltage, and logical HIGH is 5 voltage.

Digital output is good for digital devices but sometimes we need the analog output. In such a case the PWM is very useful. In the PWM, output signal switches between zero and one, on high and fixed frequency, as shown in the figure below. 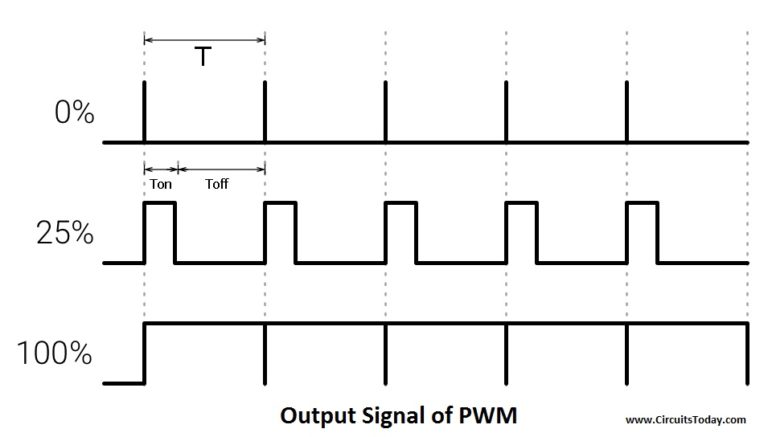 The duty cycle is the fraction of one Time period. Duty cycle is commonly expressed as a percentage or a ratio. A period is the time it takes for a signal to complete an on-and-off cycle. As a formula, a duty cycle may be expressed as:

Now the motor’s speed varies according to duty cycle. Suppose the duty is zero, motor does not run and when duty cycle is 100 % the motor moves on maximum RPM. But this concept is not always right because motor starts running after giving some fixed voltage that is called threshold voltage.

Microcontroller and the Arduino can process signals and consumes almost 20 to 40mA current but motors need high current and voltage, so we are using the transistor for driving the motor. Transistor is connected in series with motor and transistor’s base is connected to Arduino’s PWM pin through a resistance. PWM signal is coming from Arduino and the transistor works as a switch and it short circuit the Emitter (E) and Collector (C) when PWM signal is in High state and normally opens when PWM signal is in LOW state. This process works continuously and the motors runs at desired speed.

Circuit diagram is shown in the figure below. If you are making this circuit on the general purpose PCB (ZERO PCB) or breadboard, this figure is useful. 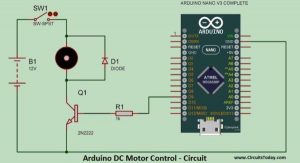 Moreover, if you are good in the PCB Etching, use the images provided below. 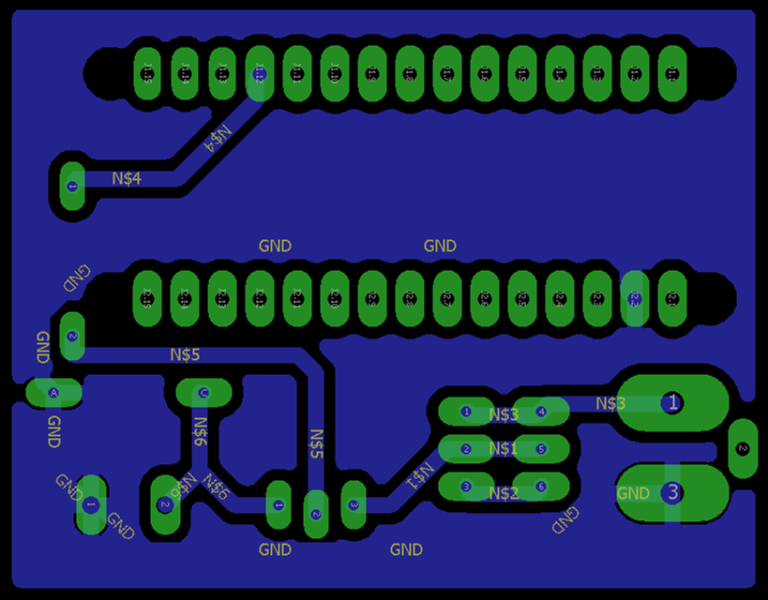 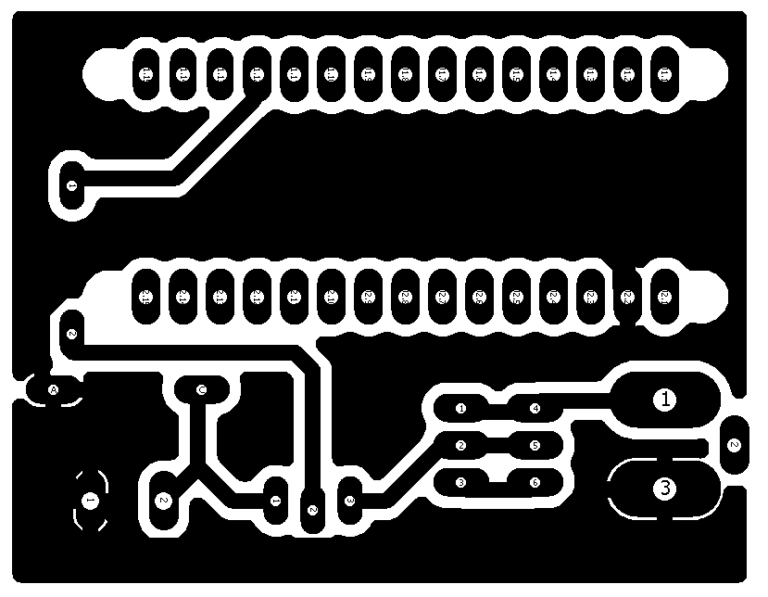 In the circuit an Arduino Nano is used, which is very small in size and Breadboard friendly. 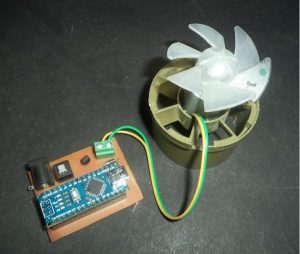 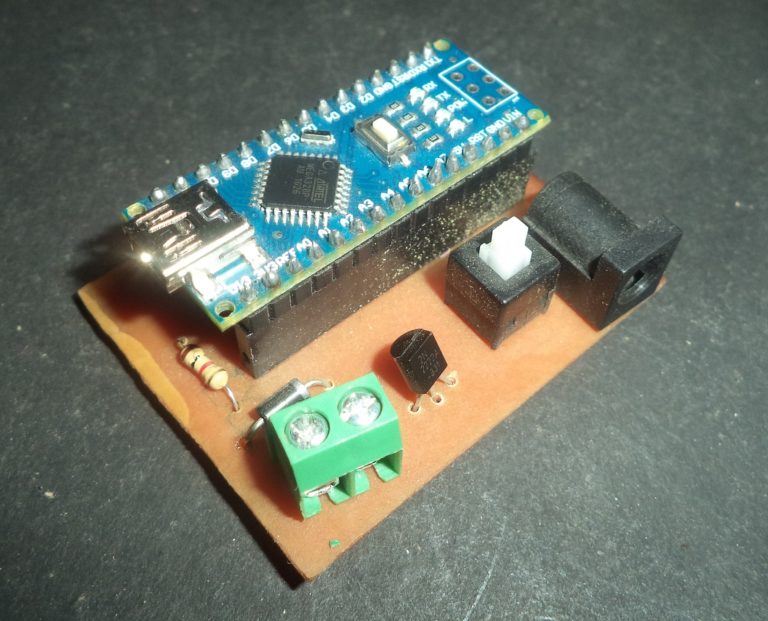 In the beginning of the code two integers are declared by name “out1” and “val”, where out1 is equal to 9 which shown that pin D9 of Arduino is used as output pin (or PWM pin). Moreover, data coming from the serial monitor saved in the second integer “val”.

In the void setup() serial communication is begin by using function “Serial.begin(9600)” where 9600 is the baud rate of serial monitor. After it “out1” is declared as output because the motor is an output device.

In the void loop “serial.available” is used inside the “if” condition, it become true when any data is sent over the serial monitor. This data is saved in “val” integer using “Serial.read” function.

After it many “if” conditions are used, in the first “if condition”, when ‘0’ is sent through the serial monitor, it become true. In the bracket “analogWrite(out1 , 0)” is used for running the motor at the zero PWM value. In the function “analogWrite (out1, 0)”, “out1” is used to indicate the pin which we want to use and “0” is the PWM value  at this pin. After it “Speed is = 0” is shown on serial monitor using “Serial.println” function. After it the integer “val” is updated to 10, where 10 is the random value, which is other than 0 to 9.

After typing any value from zero to 9, speed of the motor varies, but we cannot see varying speed in video properly, but you can see it live.