I have been researching a project which will help me with my understanding of electronics, networking, and programming.  I decided to build an online thermometer which could be used in applications that need temperature monitoring.  I currently work in a lab environment where I test, troubleshoot, and calibrate equipment which is installed in nuclear power plants . Each module must have a burn in time ranging from 24 hrs to 360 hrs per module under max load conditions.  I could use my online temperature sensor to monitor the efficiency of the cooling system in the burn in area. 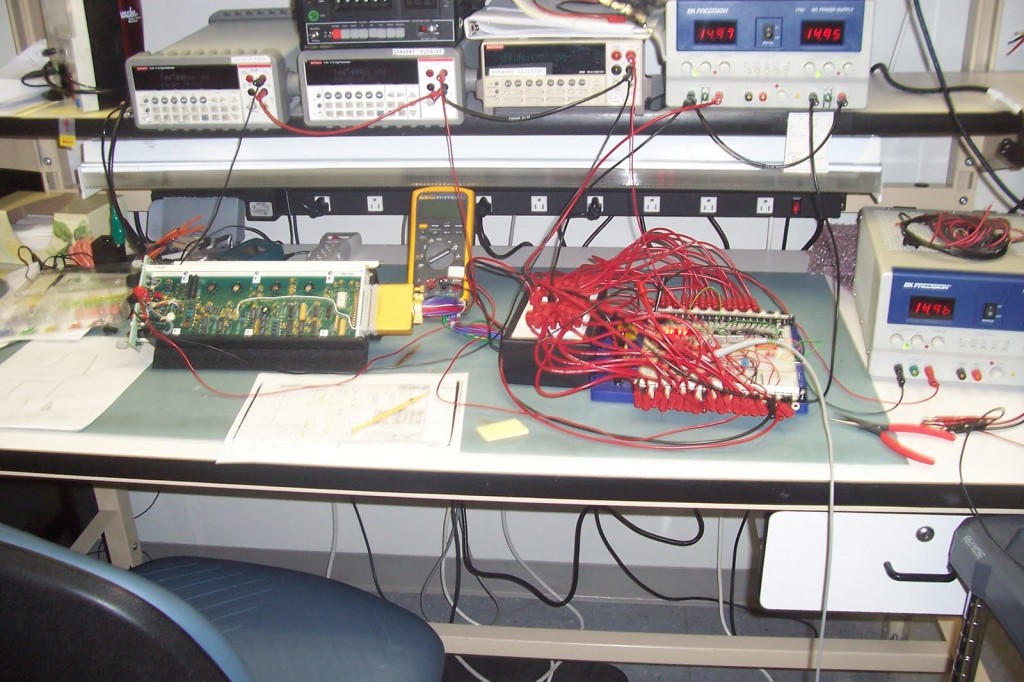 Other applications could be the monitoring of a server room. The Arduino allows up to 6 sensors to be installed so this would be efficient to monitor a normal sized server room. I could use a program called Pachube to monitor the temperature ranges over time and see where the servers and equipment get the warmest. This could then be tied into another program which could give an administrator a warning e-mail if the room temperature suddenly started rising.
I am going to go step by step in the build of the online thermometer.

I first need a network cable to connect my ethernet shield to a router ( if connecting straight to a computer the cable will need to be a crossover cable).

Start by cutting desired cable length.  Use strippers to cut about 1 1/4” from the end.

Spread out twisted pair wires.  I aligned them according to the T568B standard because it is more common in the industry.  Here’s a diagram of both options and a pinout of a crossover cable.

Allign and pull the wire out while bending the wires back and forth so they are aligned in a tight sequence.

Make a clean horizontal cut using the cutters on my strippers.  leave about 3/4″ from the cut.
Insert the cut wires into an RJ-45 plug with white/orange wire on the left side.  Make sure that the plastic insertion tab is facing down.  Also ensure that the wires are pushed in far enough by inspecting the end.  If you can’t see the wire all the way to the end then push wires in further before crimping.
Insert the RJ-45 plug into crimper and crimp the cable (make sure that you crimp down on the network cable sheathing with the connector).
Now terminate the other end and you now have an ethernet network cable!! 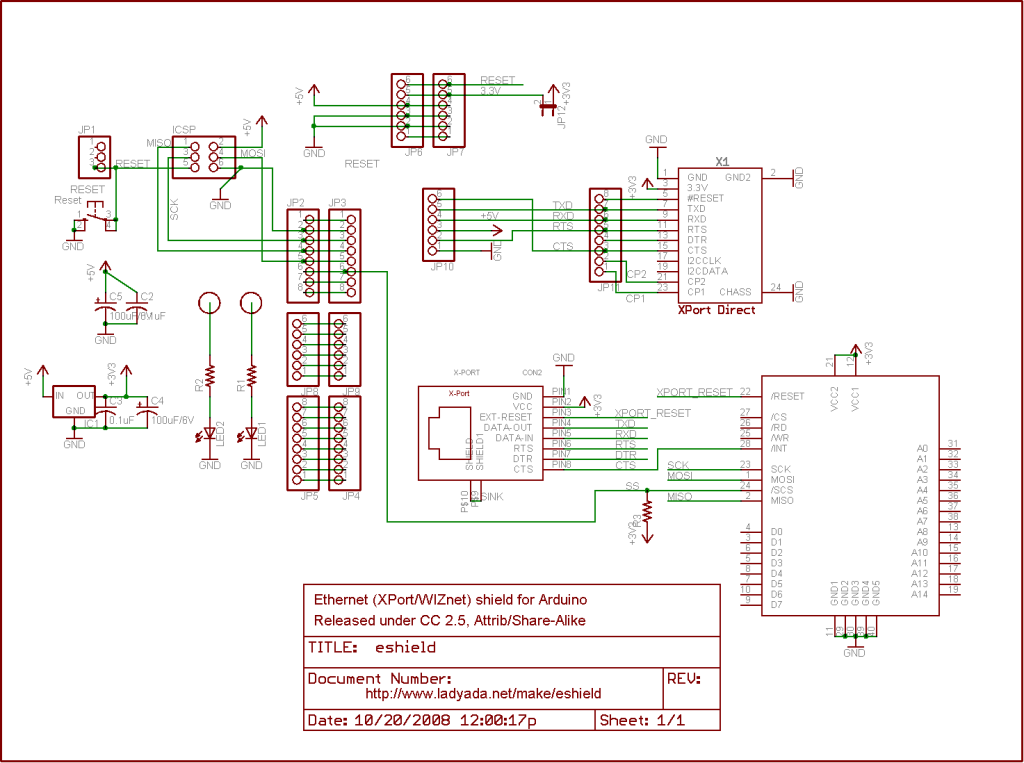 The great thing about the Seeed ethernet shield is they leave room on the board to terminate wires and components.  However the version that I got will still require a breadboard for some external components.  I don’t mind thought because I love working with breadboards!!
The temperature sensors will need a +5 VDC, Ground, and Data wire connected to work.  I will need to terminate each data line accordingly from the ethernet shield:
sensor A = digital 3
sensor B = digital 4
sensor C = digital 5
sensor D = digital 6
sensor E = digital 7
sensor F = digital 8

I skipped the first few pins and started with 3 because 0 and 1 are used for the serial connection to the host.  Pin 2 is used by the Ethernet shield to communicate with the arduino as seen in Figure 1