Have you ever struggled with audio settings in control panel in middle of a VoIP call? Or, wondered if the other guy can hear you properly? I have. My work requires great deal of remote conference calls using PC. The first thing I wonder always when starting is if my audio settings — mic volume, input selection, mute/unmute, speaker volume — are in order. Typically, they are not and it takes a while to fiddle them right. Even just controlling volume from desktop panel isn’t conveniently quick enough. 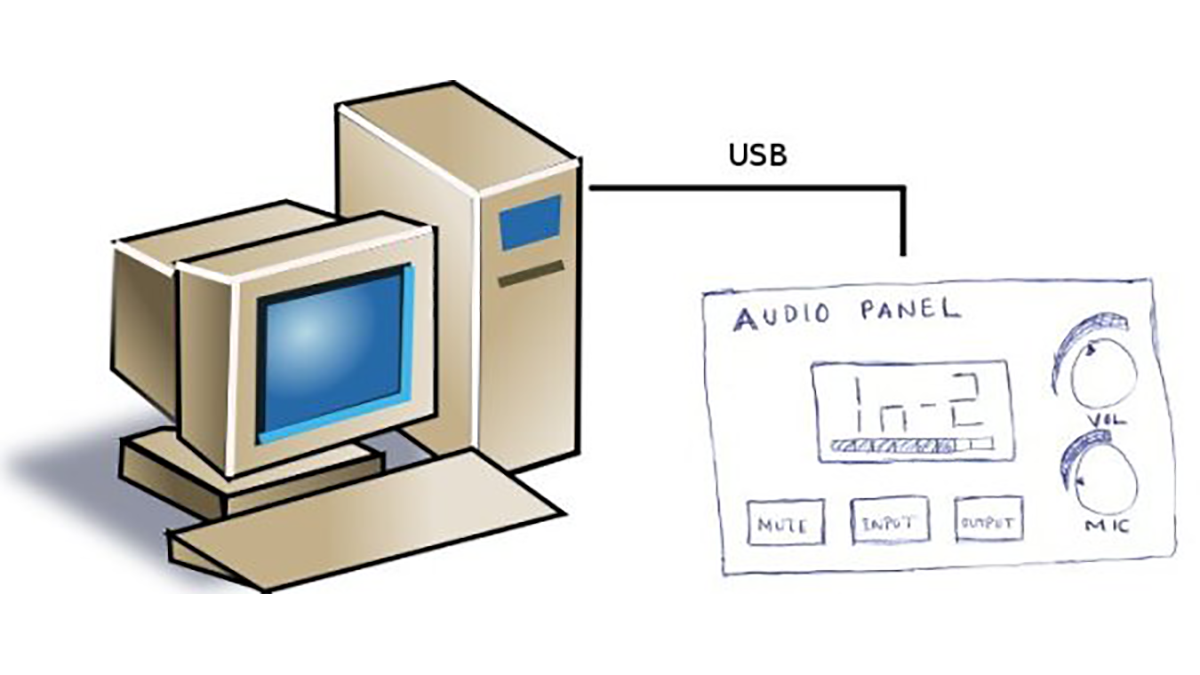 What if you had the audio control panel, the dialog in most PCs where you fiddle audio, right next to your PC in physical form? With analog controls, VU meters and input/output selection present for instant access on your desk, you will have the pleasure of controlling them with hand.

I have been meaning to complete this project for some time, but it took a while to get all the parts ordered and PCB fabricated. Finally, it’s coming together now.
If you came across this blog post by accident, then you most likely know Arduino :). For those who don’t, it’s an open source microcontroller platform based on an Atmel’s 8 bit microcontroller (ATMega328p, specifically) and is incredibly popular among electronics hobbyists for its simplicity and versatility. 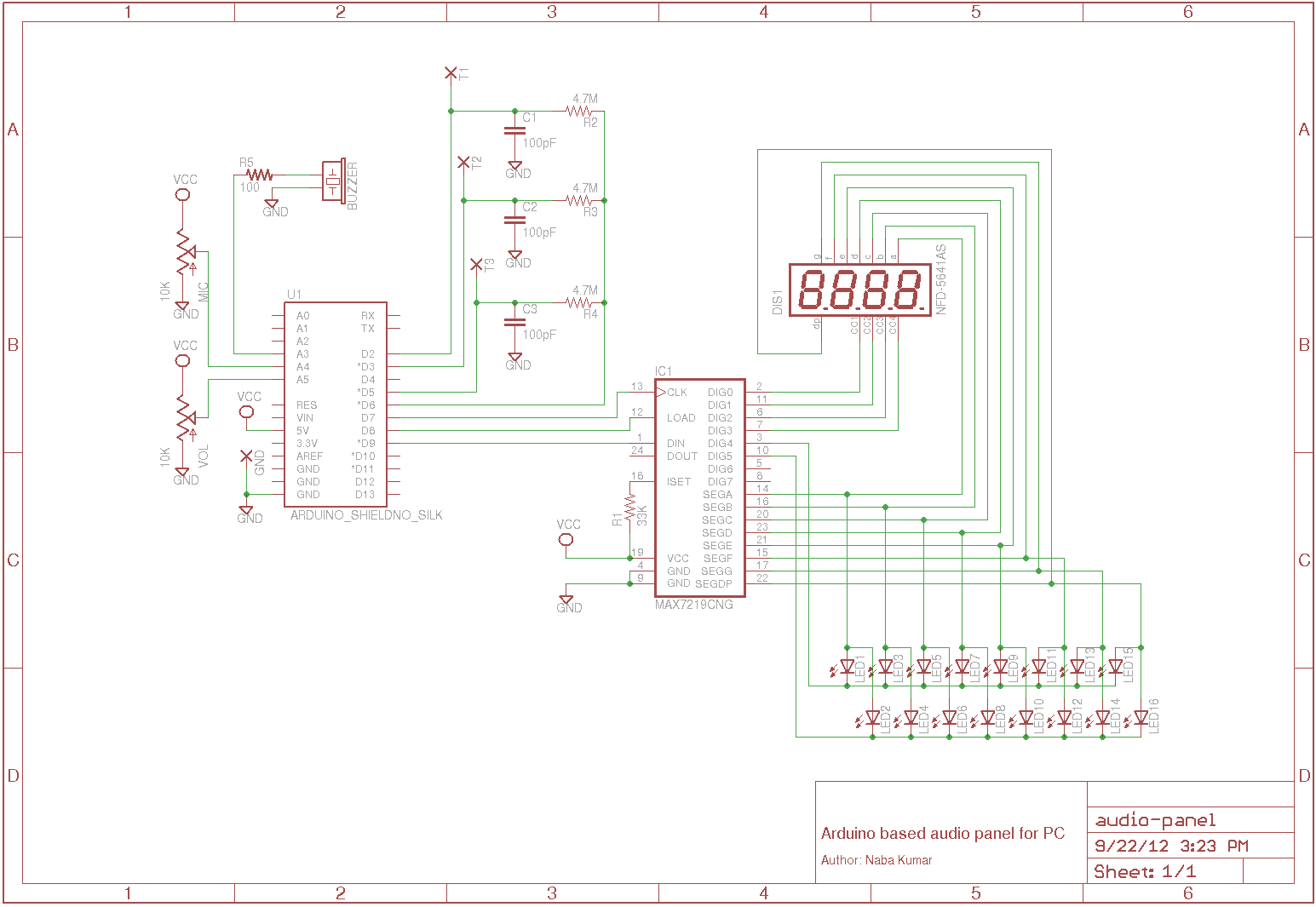 The humble start was, of course, with a breadboard and spaghetti of wires 🙂

Schematic below shows how the electronics is implemented. All of the hardware and software is open source, so the eagle files containing schematics and PCB designs can be downloaded from sourceforge project site (once I create the project :)).